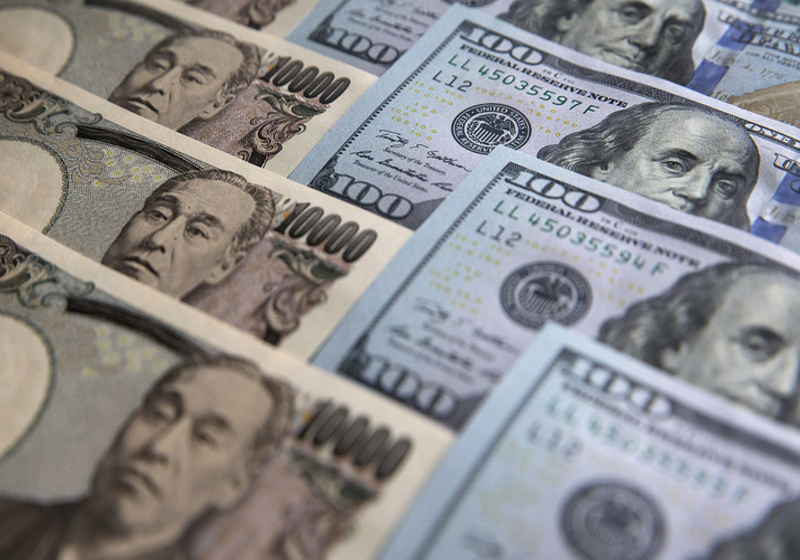 The yen has got stronger on the back of better demand for safety assets fueled by the political risks observed in the world now. The American currency has trimmed gains vs the majors.

On Tuesday, the US Dollar index decreased to some 95.60.

The US dollar-to-yen exchange rate decreased to 112.34. For reference, the Japanese currency enjoys stronger demand during the period of political or financial instability in the world.

The euro also weakened vs the yen reaching 128.95. At the same time, it went up against the greenback – the exchange rate stands at $1.1482. The sterling also gained grounds the US dollar to 1.2985.  At the same time, the rate dropped by almost 1% yesterday affected by the Brexit fears.

Stock markets in China started sliding overnight, and thus European quotes and US stock indexes fell down due to fears of new economic and political challenges. Specifically, the market pays attention to Donald Trump's intentions to leave the Intermediate-Range Nuclear Forces Treaty.

Moreover, the concerns about US-China trade war are not going anywhere and now they are joined by fears of political uncertainties in Europe.

The euro is still depressed on upcoming consideration of the Italian draft budget that had been rejected by the EU earlier. Despite EU negative statements, the Italian government does not plan to revise budget spending.

Visa unveils more details regarding digital identity to be integrated into its blockchain payment service in early 2019. The brand new service will be a blockchain-based cross-border payment solution that will see the light in Q1 2019. "...distributed ledger-based platform is designed to give financial institutions a simple, fast and secure way to process cross-border business-to-business payments globally". For identity tokenization, the B2B Connect system is said to use the company’s banking details and account numbers, which will get a unique identifier that can be used to facilitate transactions on the platform. The new instrument will be based on Hyperledger Fabric, the result of the Linux-IBM cooperation. This system may be a great example of blockchain payment transformation.

Hong Kong-based crypto exchange Binance will get funding from Singapore's state investment fund. The strategic investments will come from Vertex Ventures, the venture branch of state-run Temasek Holdings. The new investor targets launch of new JV trading platform in Singapore jurisdiction. The key piece of the cooperation is crypto-fiat platform Binance Singapore. However, it is reported that two other crypto-fiat exchanges can be launched in SE Asia.