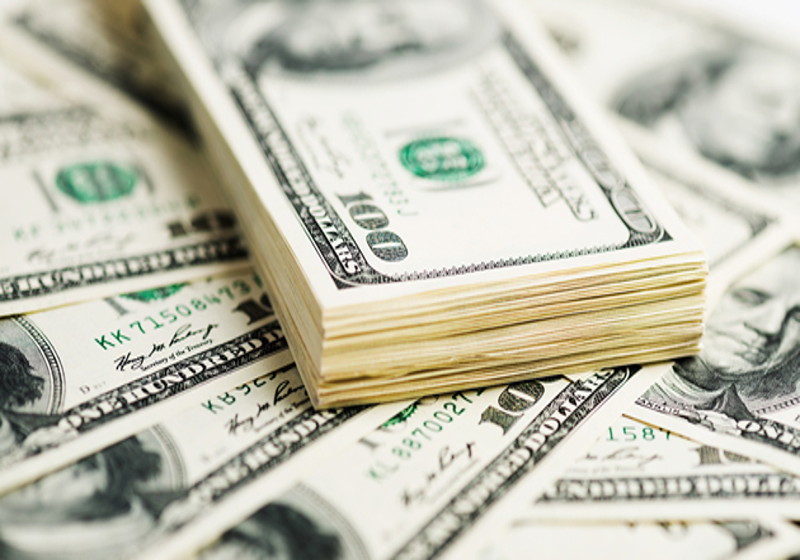 The US dollar has kept slackening vs the majors amid combined data from the USA leading to deeper uncertainties about further interest rate lift by the Federal Reserve, according to a news report. At the same time, higher inflation led to skyrocketing US 10Y bond yields.

At first, the US dollar reportedly rebounded on the data released by the US Department of Commerce yesterday. According to the report, the US consumer price index rose 0.5% in January; the increase year-on-year was 2.1% (forecast – 1.9%).

With higher inflation, the Federal Reserve can revise the interest rate earlier than expected. Specifically, the higher-pace interest rate increase boosted the yields of US 10Y bonds by 2.928%. If the yields reach 3%, the markets can become volatile, commented analysts.

However, the US dollar showed just short-lived upturn and stopped rising just after the retail sales report released in the USA yesterday. As the report reads, retail sales dropped 0.3% in January (forecast – 0.2%). Such results made analysts doubt about Federal Reserve's ability to accelerate interest rate growth to slow down inflation.

The US dollar-to-yen exchange rate dropped to 106.41 touching the bottom since November 2016.

Japan's Finance Minister commented today that he did not consider the current yen changes to be a reason for interference. Moreover, as he said, Tokyo does not have the response plan for the exchange rate changes.

← Taxation on cryptocurrency in USA

From 2018 the USA has launched taxation on all cryptocurrency transactions. This means that two months left to submit tax declaration and investors may have a look at the taxation rules. US internal revenue service considers digital currency as intangible property, so they are subject to taxation on capital market deals.

On Thursday, February 15, Bitcoin continues rebounding with the price coming closer to $10,000, after the recent dramatic plunge early this month. The main cryptocurrency in the market – bitcoin – changed hands on the Bitfinex at $9,888 today, which is some 11% above d-o-d. Notably, this is the top price since the start of the month.