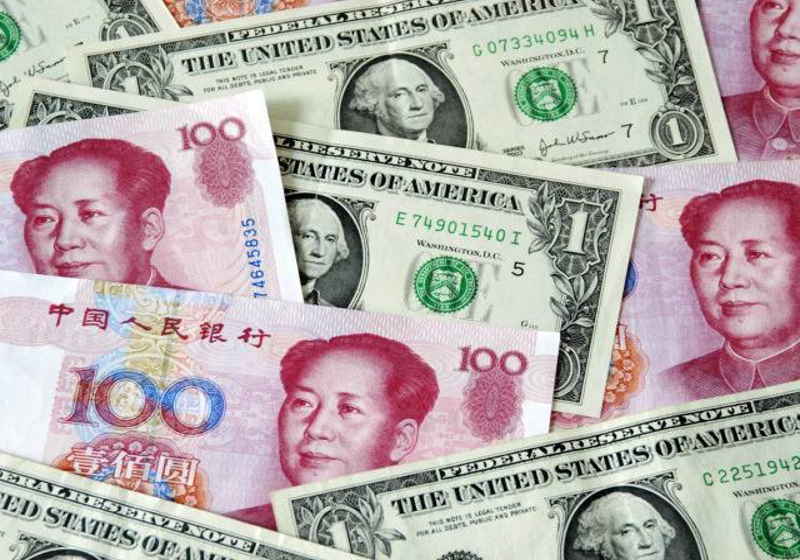 The Chinese currency has stated the week with weakening affected by further escalation of the US-China trade issue over the past weekend.

According to the news reports, the past weekend was marked by the first time when the members of the Asian Pacific Economic Cooperation failed to come to terms regarding communique.
Specifically, the chairman of the meeting, prime minister of Papua New Guinea stated that two members of the cooperation failed to find common ground. Moreover, Washington and Beijing still cannot agree on whether the future declaration may include such issues as the WTO and reforming of the WTO.

The US dollar-to-yuan soared on Monday to 6.9430. The greenback got stronger against the Japanese yen reaching some 112.83. In Japan, the economic report showed that the country's exports rose by 8.2% y-o-y in October, though the forecast was set at 9%.

As for the sterling, the British currency improved now to 1.2868. The market keeps watching for the sterling movement following the recent selloffs on the Brexit uncertainties.

Some officials in the USA were quite careful with the global economic upturn outlook, saying that this would affect the forecast for the USA. In particular, it was stated that Europe and China can record slower economic growth.

Two crypto companies will register the tokens as securities after ICOs following the requirements of the US Securities and Exchange Commission (SEC). SEC reported the following companies – CarrierEQ Inc. (Airfox) and Paragon Coin Inc, saying that they failed to submit the application for ICO as securities distribution. Moreover, they do not enjoy any exceptional rules. The companies managed to get $15 and $12 million respectively from the token sales that were held last year. With the regulator's order, the companies will have to pay $250,000 fine, register tokens and pay back money to investors. Moreover, they will have to submit business reports to the SEC on a regular basis.

Japan's Financial Services Agency keeps studying the crypto issue. This week, the regulator held the ninth meeting to discuss the work of the tast crypto team. The meeting covered rules for crypto wallets and providers of this services among other topics on the agenda. As it was stated, the companies in Japan that deal with cryptos must obtain a crypto exchange license. At the same time, the wallet providers are now not subject to the effective regulation.