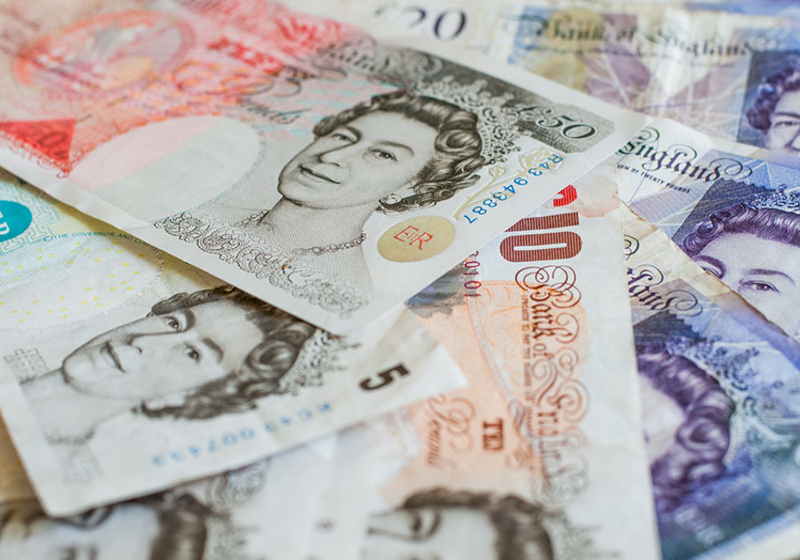 The sterling was seen hitting the session's peak on Wednesday driven by the release of labor report in the UK. According to the released data, wages increased leading to better interest rate forecasts in the country. The outlook shows that rate revision can take place in May already.

UK's Office of National Statistics reported that earnings (with bonuses) in the country rose 2.8% over the period under review (2.6% up in January). Meanwhile, the unemployment rate decreased to 4.3%.

It is worth mentioning, that the labor report was announced just after inflation showed a 2.7% decline in the UK, touching the bottom since the July 2017.

According to the released data, job rates rose by 168,000, with jobless claims falling by 9,200.  With wages showing an upturn similar to inflation one, it becomes clear that hikes in life cost in the UK seem to lose its steam. In this context, the regulator will most likely revise the interest rate coming months.

Notably, the market analysts forecast that the Bank of England will increase the rate in May. For reference, the Bank stated last month that the UK shows stable economic growth, and this consequently reflects the possibility of faster interest rate revision.

Prices for bitcoin and other main cryptocurrencies went up on Wednesday...Bitcoin changed hands at some $9,033 today ( the previous peak was recorded at $9,140), with Ethereum, the second major digital coin, priced at $573. Ripple and Litecoin were reportedly recorded at $0.69012 and $173 respectively. This week, the financial leaders and central bankers arrived in Buenos Aires...

On Wednesday, US dollar has resumed downward movement vs the majors, in particular on upcoming announcement of the Federal Reserve decision to be announced today.
The first Federal Reserve meeting run by Jerome Powell is expected to result in an increase of the interest rate and tougher monetary policy in light of lower taxes and...