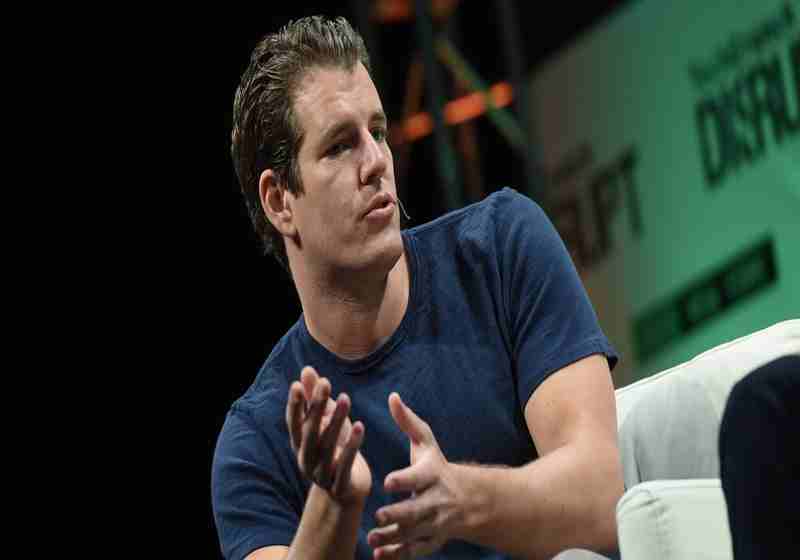 The famous bitcoin billionaire  Tyler Winklevoss made another optimistic forecast for the main cryptocurrency. He argues that the BTC is likely to break through the $15,000 level if it can overcome the $10,000.

Having passed the $9,000 mark a little less than a week ago, Bitcoin is testing resistance levels around $9,400.Analysts expect the coin to be above $10,000 in the near future.

Tyler Winklevoss, CEO and co-founder of the Gemini exchange (along with his twin brother Cameron), believes that the price of $15,000 will be next once the $10,000 mark is hit.

Notably, he is not the first who indicates that resistance levels above this point appear to be very low, although other market analysts proposed $11,500 and $14,000 as potentially difficult milestones.

Tyler Winklevoss also compared BTC with gold, suggesting that in the future it could grab a significant part of the market share, which would push the price higher.

"It’s a cheap asset until it disrupts gold, however, the 2nd time breaking 10k will make it feel more “real” to many people."

"If Bitcoin Breaks 100k you can bet it will break a million."

As it was reported earlier, the cryptocurrency market celebrates the return of bitcoin bulls. The main bitcoin bull of Wall Street Tom Lee, partner and head of research at Fundstrat Global also backed to the game. The confident movement of Bitcoin to the level of $10,000 renewed the beliefs of the future of the main cryptocurrency.

The Big Four auditing company Ernst & Young released a new report about further business monitoring at Canadian dead crypto exchange QuadrigaCX. During the review, Ernst & Young appointed by the court as the monitor for the exchange discovered that the former CEO of the platform transferred clients' funds to 3-rd party exchanges and used the money to back marginal positions.