TESLAS AND AMAZONS OF THE FUTURE: FIVE LITTLE-KNOW COMPANIES THAT CAN BRING INVESTORS A PROFIT FROM SPACE 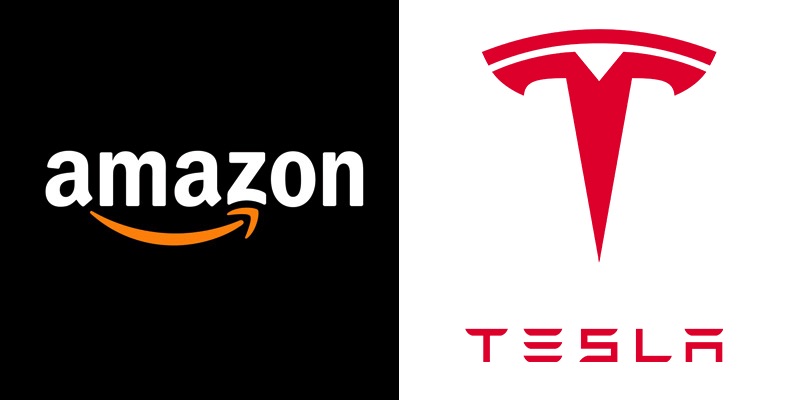 Tech companies have become the main beneficiaries of the pandemic. Their value is growing, their investors are making serious money. The latest successful example is the launch of the Crew Dragon spacecraft by Space X, which immediately led to increased demand for the company's shares from investors and an increase in their value. Forbes asked venture capitalists to name promising startups that are not yet so well known, but which can seriously grow and bring profit to their investors. These investments require serious amounts - from $ 1 million, and besides, they are very risky - the investor can either triple his fortune or lose everything, therefore it is customary to invest in venture projects a very small part of the portfolio.

American startup for the development of cloud data storage. Snowflake's latest round of investments raised an estimated $ 10 billion. The main investor in SnowFlake is Sequoia, the world's most successful venture capital fund. The company is the top employer in Silicon Valley by LinkedIn and competes successfully against giants like Microsoft and Oracle, Orlovsky said.

The coronavirus pandemic has pushed the largest companies to use cloud services, therefore, according to Orlovsky, the company's capitalization could grow to $ 12-18 billion. Business needs for instant processing of the growing volume of data will support Snowflake, says Orlovsky, managing partner of FortRoss Ventures. “The company has good prospects for business growth, as the potential of the cloud business in general is very high. In addition, this area has a serious competitive advantage - a high barrier to entry for new players, ”he explains.

Starlink is a global satellite network, which is being developed by Elon Musk's company Space X. Space X plans to make a spin-off, that is, to separate Starlink into a separate company, and in a few years to bring it to an IPO. According to the idea of the eccentric billionaire, a system of low-orbit satellites that encircle the entire planet will provide Internet access anywhere in the world. This will allow Starlink to become the only Internet provider in hard-to-reach locations like Alaska and Antarctica, Pundrovsky points out.

It is not yet clear if Elon Musk will be able to make this business commercially viable, but Space X's internal documents include annual revenue of $ 30 billion by 2025 from Starlink versus $ 5 billion in revenue from a traditional rocket launch business. “It is obvious that with such growth and scope, it will be a very popular company among investors,” Pundrovsky points out.

If all goes to plan, Starlink will have a huge competitive edge in the marketplace. The company plans to make the Internet cheaper and faster with a wide network of 42,000 satellites. They will be placed in low orbit - about 500 km away. “Space X started work on the Starlink system in 2015 and has already launched 540 satellites. The closest competitors are OneWeb with 700 planned satellites, Samsung with 4600 satellites and Amazon with 3236. None of them have yet reached real launches, and Starlink has direct access to the Space X launch infrastructure, ”explains Pundrovsky.

The educational platform, founded in 2010, provides 150,000 courses in 65 languages and has already been used by more than 50 million people. In February 2020, the company raised a $ 50 million investment from Benesse Holdings, a public conglomerate based in Tokyo. As a result, the total investment in Udemy exceeded $ 200 million, and the company's valuation soared from $ 710 million to $ 2 billion. Soloviev believes that the company will be worth $ 3 billion.

Unlike Coursera and other companies that seek to replace higher education, Udemy focuses on short courses and student personal interests, Soloviev points out. Udemy President Darren Shimkus said that Udemy's business model is a "Netflix-style" model, where users have a panel with a list of courses to choose from. In addition, the company is expanding into the corporate services segment and is working with companies such as Adidas, General Mills, Toyota, Wipro, Pinterest and Lyft. Udemy also allows you to get a certificate of completion of courses with large corporations, for example, Cisco, Microsoft and PMI.

The business analytics company helps corporations gain insights from business data using artificial intelligence, machine learning, and natural language processing. “In terms of user experience, this is comparable to Google search within an organization,” Mosolov explains. ThoughtSpot was founded in 2012 and is led by former employees from Google, Microsoft, Amazon and Oracle. Clients include Walmart, BT, Hulu, Daimler, 7-Eleven, PetCo and Rolls Royce. ThoughtSpot in August 2019 raised $ 248 million in a round from the Asian fund Silver Lake at an estimate of $ 1.95 billion.Mosolov believes that it will rise in price to $ 4 billion.

The company does not talk about the imminent IPO, but analysts and the media are amicably writing about it . In 2019, the company's revenue grew by 108% to $ 100 million.In January 2020, the firm hired a new CFO - Mohit Daswani, who worked for public companies PayPal and Square, and in February - a new vice president, Ken Rudin, a former international leader by user growth and analytics in Google.

Procore Technologies develops software for construction project management. The platform covers the entire construction lifecycle and provides open APIs and a marketplace that allow customers to integrate the product with the company's internal systems, says Yuryev. The platform has more than 8,500 clients from the construction industry with projects in 125 countries. The company filed for an IPO in February 2020 but postponed the IPO due to the epidemic. She raised the last round of investments in April 2020 at an estimated $ 5 billion.

According to United Traders, the company's IPO value could reach $ 6.5 billion. According to Yuryev, Procore has great prospects in the industry. The fact of the matter is that construction lacks comprehensive software and Procore is a leading player in this cloud-based market. Today the company occupies only 2% of the total potential market and is growing on average by 50-60% per year. “Around 10% of its revenues come from international clients, which offers tremendous opportunities for business growth. Construction accounts for about 13% of world GDP. The market is huge, ”explains Yuryev.

← FACEBOOK, JPMORGAN, MITSUBISHI UFG. WHO ELSE LAUNCHES THEIR OWN CRYPTOCURRENCY?

In the summer of 2019, Mark Zuckerberg's social network announced the development of the Libra project. After that, many large companies announced similar plans.

US Bancorp and PNC Financial Services Group, ranked fifth and seventh in terms of assets in the United States, were among the financial institutions that have responded to the authorities' permission for banks to store cryptographic keys from cryptocurrency wallets.