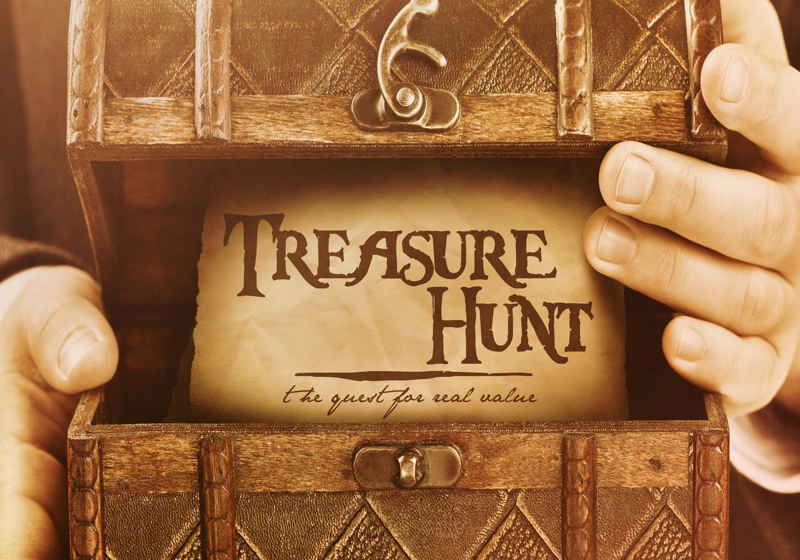 As the message reads:

"The treasure which will belong to the most successful Hunters and their clan is neither gold, nor jewels, nor pieces of worthless paper that pass for money in this sad age; instead it is Bitcoin, a digital treasure forged from deep mathematical truths, in an amount equal to 1 million USD," stated the message.

According to the information provided Satoshi's treasure is $1 million which is almost 200 BTC. The win is saved under one of the private keys, which was divided into 1,000 parts. However, the future treasure hunters to whom the message is transmitted must demonstrate certain skills. Some of them require a trip to the most remote corners of the world, others - forces or special knowledge.

The first clues in the message, the coordinates lead to three parts of the treasure scattered around the world. Users can get them by visiting these places or unravelling a mysterious secret that has already been disclosed and made public by some John Cantrell.

The sub-message, which is constantly broadcast by the Blockstream satellite, points to the Internet address satoshistreasure(dot)xyz. Hunters can find it every Sunday the following tips, places where there are missing pieces of the puzzle.

"I have shattered this Bitcoin treasure into one thousand pieces, using the splitting magic of the wizard Shamir. To reassemble it, you or your clan must find exactly four hundred of the pieces, and meld them back together using Shamir’s spell of recombination. Once you have done so, the treasure will be irrevocably yours."

It also should be mentioned that the message contains such words as Shamir, “the splitting magic of the wizard Shamir” and “Shamir’s spell of recombination”. All these speak that there is some connection with Israeli cryptographer Adi Shamir and his cryptography.

“I have shattered this Bitcoin treasure into one thousand pieces, using the splitting magic of the wizard Shamir. To reassemble it, you or your clan must find exactly four hundred of the pieces, and meld them back together using Shamir’s spell of recombination. Once you have done so, the treasure will be irrevocably yours.”

For reference, the cryptography by Adi Shamir is a special algorithm also Shamir's Secret Exchange. This, in fact, enables splitting the message into several parts.

At the same time, searchers should be physically strong enough as well as open for travelling and have sufficient skills in certain areas, if they want to get these parts. Moreover, they will have to joint into teams to reach success.

“Some keys will require deep knowledge of a certain subject–others will simply require the ability to travel to remote locations, or perform feats of strength. The difficulty will increase until I am satisfied that I’ve found a group of hunters worthy of taking the prize,” the broadcast continued.

Still, some market players stay sceptical about this challenge. Specifically, some of them want to see the evidence that the funds are real.

This can be made via unveiling a public key of an address with $1 million in Bitcoin, as the community stated. Yet, it was reported that the initiators of these challenges once again noted that everything is legitimate.

The developer of different solutions for the project Telegram Open Network,TON Labs and Germany's fintech company Wirecard intend to create a new platform that will be aimed at providing digital, financial and banking services. The platform would include innovative payment solution, banking and financial services along with a blockchain-infrastructure foundation for the projects that want to support and promote further growth of the TON.