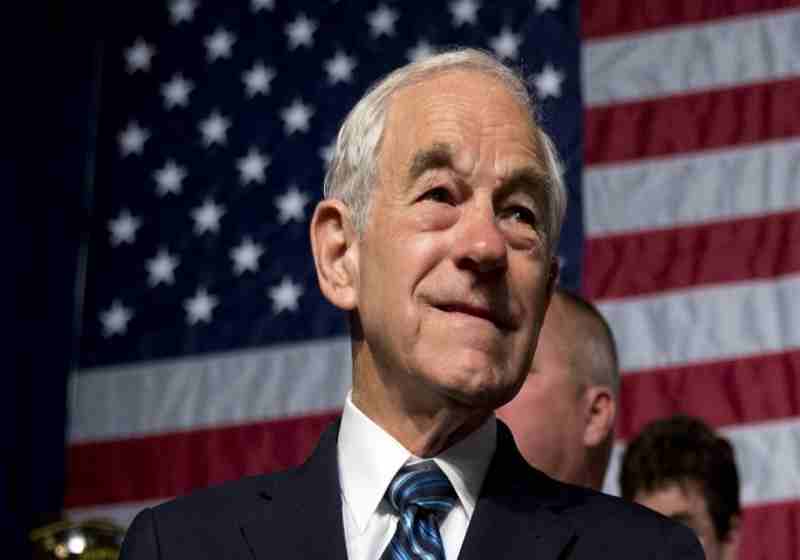 A former US congressman and presidential candidate in 1988 attended the Consensus in New York. At the conference, Ron Paul spoke about the imminent death of the dollar, as well as his passion for the bitcoins. Being a supporter of the free market, he believes that cryptocurrencies are an interesting alternative to the existing financial system.

Already in 2009, Ron Paul compared the dollar with a time bomb in his book “End the Fed”. The main reason for this comparison at the time was the global financial crisis in 2007–2008.

During the interview to the media at the event, Ron Paul responded to a question about government attempts to impose restrictions on working with cryptocurrency, and in particular about the initiative of Congressman Sherman, who called for banning mining and buying Bitcoin, Paul said:

“The trust in the dollar has allowed the bubble to get bigger. It’s held together for a long time and that’s just going to make the crash worse."

Ron Paul believes that Sherman is not objective in his views, and it is impossible to eliminate Bitcoin.

"That tells you a lot. He’s speaking for the deep state establishment, military people and everyone else in the banking system. He’s representing their position that “You don’t mess with the dollar.” But I don’t worry about that because the dollar is going to self-destruct," - he added.

The former congressman emphasizes that cryptocurrencies need special rules. According to him, in society, there is great faith in Bitcoin, because it is so often bought. Ron Paul also stated that his fund receives bitcoins as donations, but does not store cryptocurrency and immediately converts it to pay current bills.

Craig Wright, who declared that he is the creator of Bitcoin Satoshi Nakamoto, registered with the U.S. Copyright Office his copyrights to the original Bitcoin code, as well as the technical description of Satoshi cryptocurrency.

The stock exchange NYSE Arca reportedly filed a rule change application with the US Securities and Exchange Commission targeting listing of shares of a bitcoin investment trust. The investment trust is said to be run by Wilshire Phoenix Funds and will be aimed at investments in bitcoin as well as US short-term treasuries.