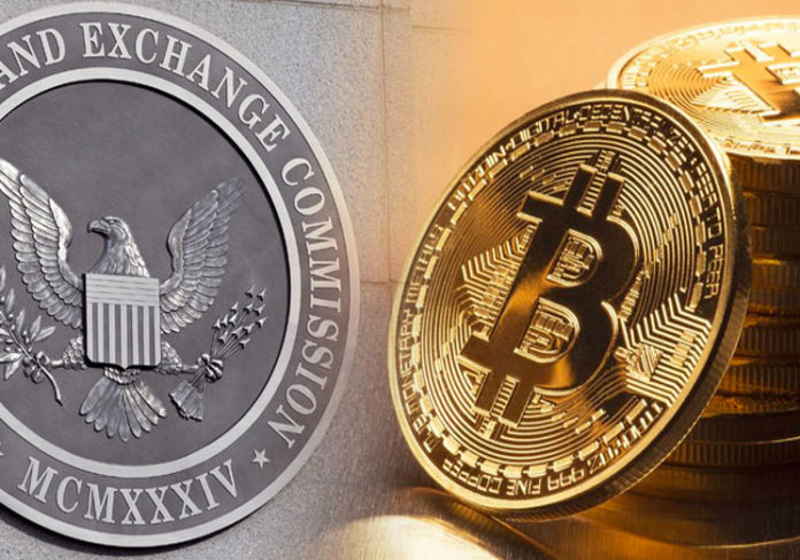 The US Securities and Exchange Commission has unveiled received comments regarding the recent proposal to change rules for the VanEck/SolidX bitcoin-ETF.

According to the documents posted by the SEC on its official website, the comments were filed within the period from February 13 to March 12. In late February, SEC registered the rule change request, which in fact became the start of the period for the consideration of this application. Under the effective rules, the public had 3 weeks to provide its feedback on this matter, while the regulator has a 45-day period to greenlight or block this ETF taking into account the public position.

The regulator received seven comments over that period, with six of them being firmly negative regarding the launch of the ETF.

"The true game changer is the underlying technology Blockchain, not the cryptocurrency. And to make inroads into this industry-changing technology, one does not need to have a financial product based on the cryptocurrency," said D. Barnell adding that the regulator should monitor the development of bitcoin for a much longer time "to see if Bitcoin is worthy of becoming a financial product..."

Meanwhile, another person that stood against the ETF Dina Pinto cited market manipulation, price volatility and lack of "real use case". Notably, these reasons were directly or indirectly named by all respondents.

The most detailed comment was submitted by Sam Ahn, in which bitcoin was said to lack so-called intrinsic value.

"The intrinsic value of something tangible is recognized for its market prices. If the SEC has approved currency-based EFT’s by utilizing this logic, it is not easy for the SEC to deny the same logic from utilized for bitcoin-based ETF’s...Everything has its beginning and its end. It is a time for the SEC to start developing the concept of intrinsic value, for this decision and future decisions," the comment reads.

And the only person that supported the launch of the bitcoin-ETF was Sami Santos with the most recent comment filed on March 12. Specifically, Sami Santos believes the approval of bitcoin-ETF will empower the crypto industry with higher security, transparency and liquidity.

It was also noted in the highlighted that "VanEck already offers insurance to cover possible losses and as such", which can help to offset the possible threat of manipulation.

As it was reported earlier, the companies decided to withdraw the previous application citing unstable operations of the authority due to the governmental shutdown. The new request was filed in late January.

On March 19, the trustee of the dead cryptocurrency exchange Mt Gox stated that they became one step closer to refunding the platform's creditors citing consideration of the rehabilitation requests. Nobuaki Kobayashi considered all the requests filed by the creditors and made a determination on them (positive or negative). Creditors will receive notifications in the near term. However, some concerns arise around the issue of how creditors may spend the money.

US dollar posts some weakening at Thursday trading →

The US dollar has mostly slackened in the second half of the week once the US Federal Reserve stated that it would keep sticking to the flexible position. According to the market data, the euro somewhat strengthened vs the greenback at the Thursday trading with the rate was recorded at $1.1420, but then trimmed gains staying near $1.1403 for now. The results of the US Fed meeting showed that the authority decided to leave core interest rate unchanged.