The response from governments around the world to the widely spreading pandemic has been inconsistent, to say the least. While some countries (mainly Asian) went on immediate lockdowns applying brute force to enforce them, others were letting citizens enjoy a pint and rub shoulders in a crowded bar. Coughing all over each other while making jokes about missing Brexit. 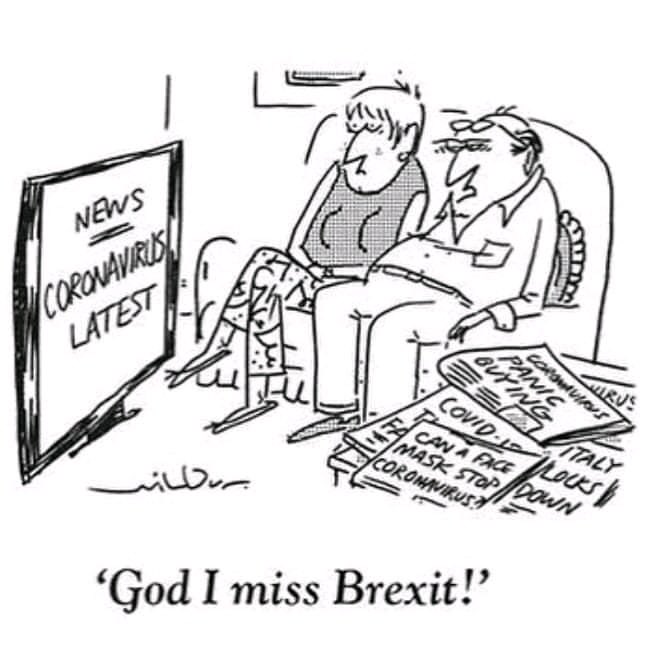 But as the magnitude of their failings becomes clear and the cases spiral out of control, governments from the UK to the U.S. are coming out in force to publically lie to their people.

President Donald Trump assures that there are plenty of tests available in the U.S, however this has repeatedly been proven not to be the case.

Italians are now facing a war-like situation in which they are forced to play God and decide who lives and dies. And the main advice from the World Health Organization (WHO) is that testing is the single most important factor in fighting the spread. WHO Director-General  Tedros Adhanom said:

„You cannot fight a fire blindfolded… We have a simple message for all countries, test, test test.“

The words are apparently falling on deaf ears. Rather than testing its public, the UK is telling them to self-isolate if they have symptoms.

Sensible advice. Except for the fact that the majority of these people probably have common colds. What happens when they go back into society? That’s the question on many people’s minds, including Peter McCormack, the host of What Bitcoin Did podcast. He said that after 10 whole days:

New UK Gov guidance means another 7 days in isolation + son is off school.

They still won’t test me so I’ll not know whether or not I had the virus.

Peter McCormack lives in the UK, a country that has been revered for its rigorous testing. Speaking to the health select committee, the government’s chief scientific adviser, Sir Patrick Vallance, said the UK was in “the top three or four countries in terms of testing”. However, it’s clearly not enough as more and more people like McCormack are being denied testing.

The same can’t be said when it comes to ETH developers, it seems. Although, it’s unclear where exactly the 39 attendees of ETHCC were tested.

AFAIK, @VitalikButerin is not sick (no fever or symptoms). Appreciate the well wishes from folks for everyone in the #Ethereum community. I am obviously hoping all stay healthy.

I’ll let him speak for himself.???? pic.twitter.com/IJKcTetopu 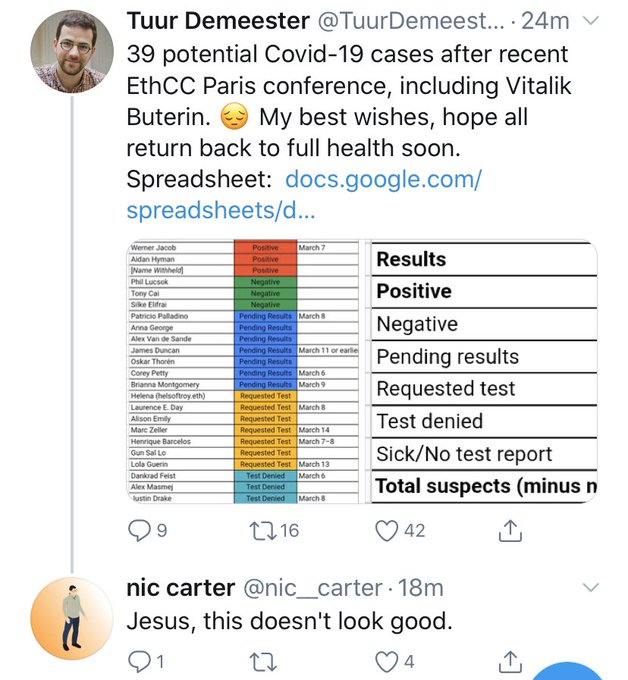 To be clear, the lack of testing is not a problem limited to the United Kingdom. It’s probably also not a preference for Ethereum over Bitcoin either. It appears that COVID-19 testing is insufficient in all countries.

However, one has to ask the question (from the confines of obligatory house arrest):

Why are countries willfully destroying their economies and curtailing civilians’ rights when they can’t get the most basic thing done? To use the words of ShapeShift co-founder and industry player Erik Voorhees:

„The virus will fade. The tyranny will remain. Stay vigilant“

Bitcoin price has returned to growth after hovering slightly above $5,000 for more than a week. The largest crypto by market cap has gained over 20% during the last 24 hours, thus showing the largest single-day gain since October last year.

Although the crypto market is as volatile as ever, data continues to pour in suggesting that prices will soon rebound. One analyst has now presented evidence that Bitcoin has dropped into a value zone that has rarely happened in its eleven year history. If correct, a short window now exists that places Bitcoin at a remarkable discount.