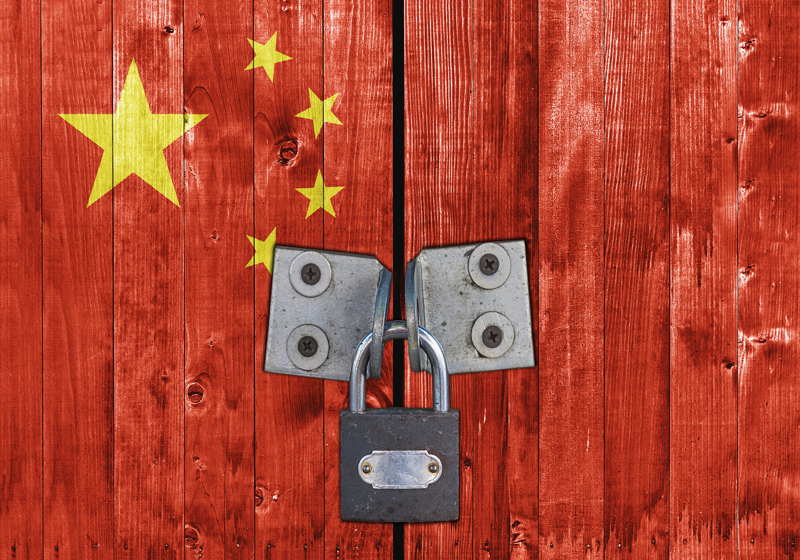 The financial regulator in China considers a possible ban on more than 100 foreign crypto trading platforms that are opened for the Chinese residents.

The local media stated that the financial supervision agency found out that 124 exchanges based on foreign IP addresses keep offering services in China.

Since Chinese authorities keep fighting with the trading of digital coins, the regulator will reportedly supervise the space and may restrict the access to such platforms when needed.

For reference, the internet control will be conducted by the National Fintech Risk Rectification Office, which was formed by the State Council in 2016. The authority deals with financial risk from p2p lending and trading of cryptos.

The regulator also noted that local websites and official WeChat accounts will get permanent ban if it detects them providing crypto and ICO services.

It is worth mentioning that crypto exchanges Binance , OKEx and Bitfinex are closed for China-based clients. According to the news reports, the authority is in talks now with the third-party services requiring look more closely at accounts that can be involved in crypto deals and block such accounts.

The ban on ICO and cryptos was launched in China last September. As a result, numerous China's exchanges commenced the relocation process.

The US Securities and Exchange Commissions reportedly rejected the bitcoin-ETF applications filed by ProShares. The decision was made just before the consideration deadline.  In case of a positive determination, ProShares could become able to open  ProShares Bitcoin ETF and ProShares Short Bitcoin ETF and enter the NYSE Arca.