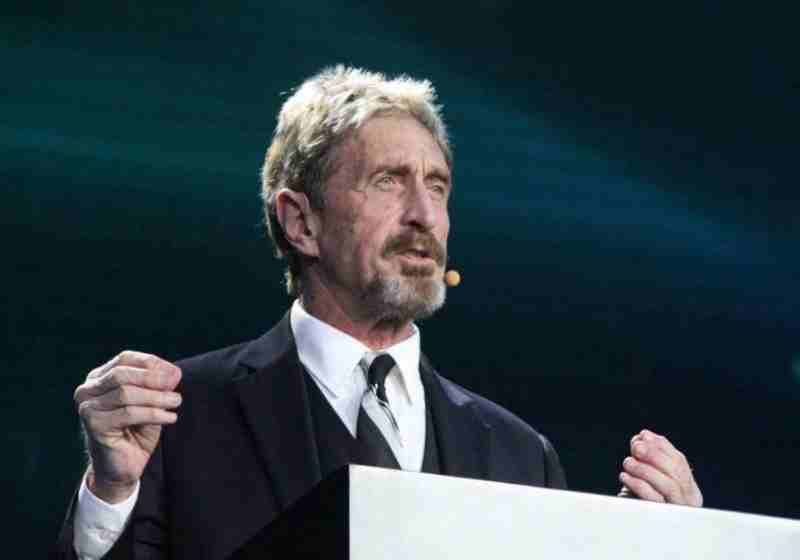 The US presidential candidate in the 2020 elections, John McAfee told about his new trading portal McAfee Magic, as well as his relationship with the government and his views on money. The McAfee platform began operations in June, but there is no any specific information about the debit cards associated with it so far.

For now, it is known that the card does not require special adherence to the KYC principle since each has a QR code that allows you to easily upload bitcoins to it. The cardholder can also use the card wherever Visa cards are accepted. McAfee said that there are certain limitations, but it will be unlimited.

"It does have to abide by Visa's card limits. You can buy a 100k vehicle, but it may have to be on multiple payments," the statement reads.

During the interview, McAfee was asked how an unrestricted card would affect the users' tax liability. For reference, John McAfee is now on the run because of a tax evasion case. According to McAfee, tax liabilities are the business of cardholders and their personal choice.

Note that John has repeatedly stated that he considered taxes as a form of slavery, and intended to issue his own “freedom coin” by the end of the year.

A journalist asked McAfee how a society can function without taxes. To this, John replied:

"The way they are funded in dozens of other countries like the Bahamas, which has no income tax... through paying for government services as you use them. For example: charging a fee per mile driven on federal roads. The US government is simply too lazy to implement them."

Speaking about his coin, McAfee stated that it would not have any trade value in relation to Bitcoin or any fiat currency, and would not be available on any crypto exchange.

Craig Wright’s trial has taken a new turn. The self-proclaimed Satoshi Nakamoto was unable to provide the court with clear evidence regarding the value of his Bitcoin wallets as of December 31, 2013. In this case, Wright appears as a defense that the plaintiff accuses of stealing a huge number of bitcoins from the late programmer David Kleiman.

US dollar loses grounds on Tehran statements and US Fed signs →

The US dollar has decreased vs the majors at the Asian trading on Tuesday. At the same time, the Japanese yen peaked after Tehran stated that US sanctions would permanently block any possible way for the diplomacy. The US Dollar index rose to 95.507.