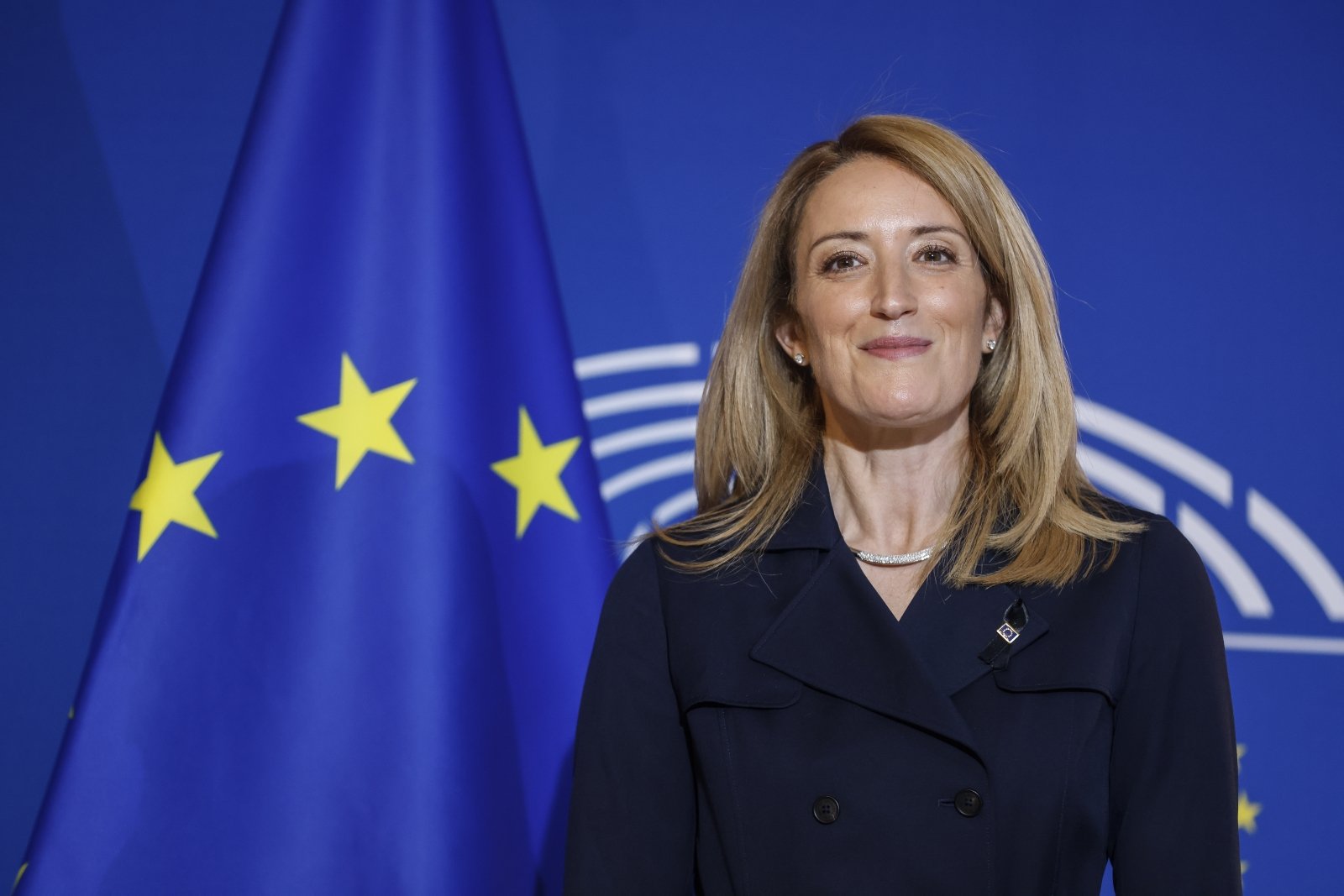 Maltese conservative Roberta Metsola was elected president of the European Parliament on Tuesday, obtaining an absolute majority in the first round of the ballot despite her opposition to abortion which has drawn many criticisms.

She is only the third woman to take up this position, after the French Simone Veil (1979-1982) and Nicole Fontaine (1999-2002), and the first Maltese. "I know I stand on the shoulders of the giantess," said Roberta Metsola, hoping not to have to wait "two decades for a woman" to achieve this position again.

Although she personally defends the ban on abortion, Roberta Metsola expressed, from her first speech after the announcement of the results, her intention to "go further for more equality between men and women, to guarantee and defend the rights of women, all our rights".

The beliefs of this mother of four have earned her criticism from some of her fellow MEPs. The French Secretary of State in charge of European issues, Clément Beaune, said himself "embarrassed by the symbol of his election", Tuesday on France Info.

Aware of the reservations she has raised on this issue, she assured before the vote that her duty would be "to represent the position of Parliament", including on sexual and reproductive rights. 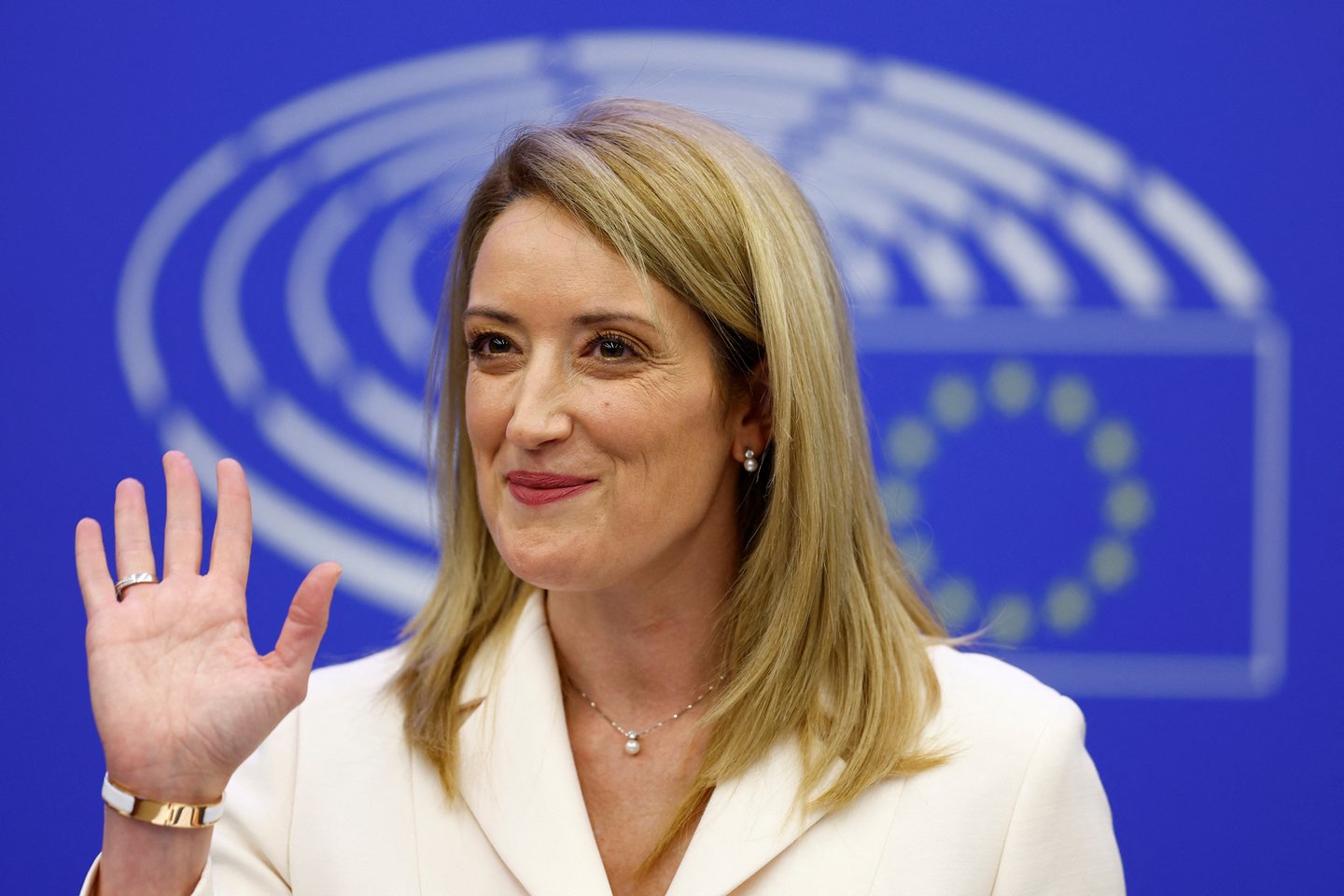 Roberta Metsola, who turns 43 on Tuesday, succeeds the Italian David Sassoli, who died on January 11 and whose mandate ended this week. She will lead the institution until the next European elections, in the summer of 2024.

MEP since 2013, has announced that she wants to defend, during her presidency, "the principles of the founding fathers of Europe" against "the false solutions of nationalism, authoritarianism or isolationism".

She also insisted on her ambition to make Europe the "first decarbonized continent", betting on the Green Pact to "reinvent" the economy.

The election of Roberta Metsola respects the tradition of alternating between left and right in the presidency which has almost always been observed during mid-legislative elections to Parliament.

Coming from the European People's Party (EPP), the main political force in Parliament, Roberta Metsola obtained the support of the S&D group (social democrats) and Renew Europe, thanks to an agreement concluded Monday between the three parties around a common roadmap.

A sign of the extreme vigilance with regard to the positioning of the new president on abortion, the document mentions as the main priority "the alignment from above of women's rights in Europe", including on "sexual health and reproduction".

This roadmap also pays greater attention to maintaining the rule of law, in the face of "violations which are multiplying and taking root" in several Member States.

Other priorities include the establishment of a "security pact" against "hybrid threats", the adoption of a new "European tax" framework or the entry into force of a directive on wages. minimum.

Roberta Metsola was opposed to two other candidates: the Spaniard Sira Rego (radical left) and the Swedish Alice Bah Kuhnke (the Greens).

The Polish Kosma Zlotowski (ECR, eurosceptics), who had the support of the Identity and Democracy group (ID, far right), finally withdrew his candidacy overnight. 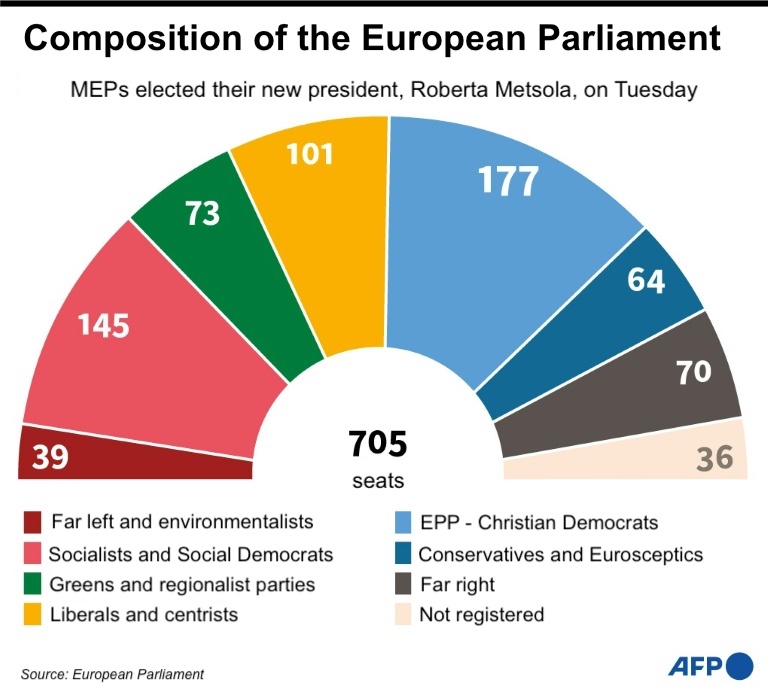 In addition to the president, no less than 14 vice-presidents will be elected during the session, for a term of two and a half years.

According to the regulations of the Parliament, the president has a certain number of powers, in particular, that of ruling on the admissibility of texts and amendments submitted to the vote of the assembly, in addition to the conduct of debates. He also represents the institution at the European summits of the Twenty-Seven.

Cryptocurrency Cardano (ADA) jumped 10% on Monday, above $1.56, ahead of the launch of DEX on the project network. The growth of Cardano took place against the backdrop of a decline in bitcoin (-3%) and the entire crypto market (-3.2%).

The oil sector boosted by the strength of crude prices →

The strength of crude oil prices logically benefits the oil sector on the stock market like TotalEnergies which advances by 1.7% to 50.5 euros, at the top of the CAC40.