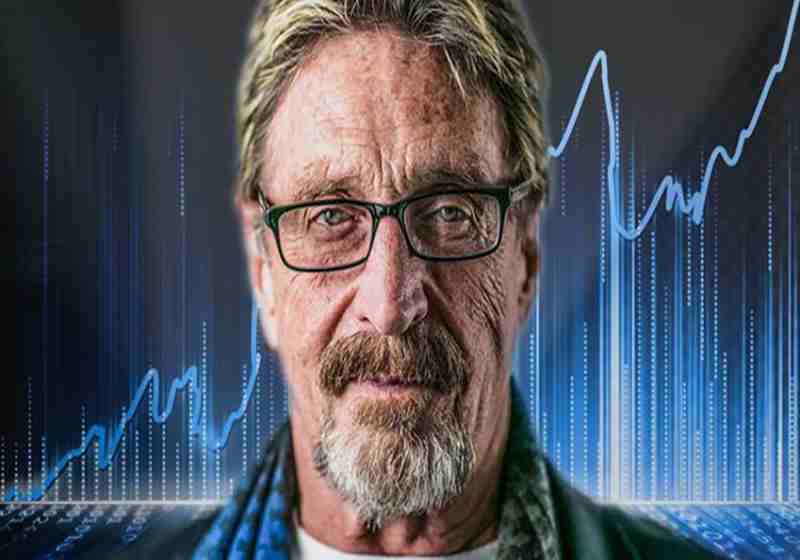 John McAfee is known for his like of attention. For future presidential elections in the United States, for which he will be a candidate, this could be part of the campaign. Now he has decided to join the popular debate on Satoshi Nakamoto. According to him, the question of his true identity is very important for the entire industry and false statements as “I am Satoshi Nakamoto” destroy its image.

John McAfee seems annoyed by the constant reasoning about the creator of Bitcoin. Therefore, he wrote a series of tweets, from which it is clear that he knows something about him more than others. He also encourages him to appear, otherwise, he will do it himself.

I have received today dozens of communications from people and groups claiming to be Satoshi. Below is an example email and my responses. So people, please - i do know who Satoshi is. Don't make yourself look foolish by pretending. I will do as I did below. BTW - big clue below.

The discussion began when the Binance cryptocurrency exchange decided to remove Bitcoin SV from its platform. John McAfee praised Binance's action and added that the community spends a lot of energy searching for the true Satoshi Nakamoto and the fight against impostors, including Craig Wright with his fork, Bitcoin SV, which caused damage to the entire community. And therefore, he intends to daily reveal some details about the identity of the creator of Bitcoin.

It's my considered opinion that BSV is using Craig Wright's bogus claim to be Satoshi as a means to fraudulently increase their price. God bless @cz_binance for having the courage to delist them!

After these statements, McAfee revived the discussion about the personality of Nakamoto. He received many emails from people who introduced themselves to Satoshi Nakamoto. He posted one of them on Twitter with another clue.

According to McAfee, discussing the issue of identifying the creator of BTC makes no sense. However, he believes that the entire cryptocurrency industry will benefit from its disclosure.

Japan will present the global regulatory rules for the cryptocurrency market at the upcoming G20 summit of finance leaders and finance ministers in Osaka on June 28-29.

Buterin shares the surprising fact of his life →

On April 19 of this year, Vitalik Buterin revealed the fact of the existence of his life, about which few people knew. Co-founder Ethereum (ETH) tried to become an intern at Ripple Labs in the middle of 2013.