Apple crossed the symbolic threshold of $ 3 trillion in capitalization on Monday, a first in stock market history, which testifies to the success of a group whose value has almost increased tenfold since the departure of the iconic Steve Jobs.

This incursion was only short-lived, just a few seconds before 19:00 GMT, the title has lost a little ground thereafter.

The action ended up 2.50% to 182.01 dollars. AAPL, the initials of the title listed on the Nasdaq electronic stock exchange, weighed Monday at the close, 2.986 billion dollars.

Microsoft is the only other company in the world with a stock market value of over $ 2,000 billion.

Nothing seems to be able to stop the progression of Apple's price, which however disappointed analysts during its last quarter, completed at the end of September and published at the end of October.

The shortage of silicon, an essential component in the manufacture of microchips, as well as disruptions linked to the coronavirus at the group's subcontracting factories in Southeast Asia, have cost Apple around six billion dollars in sales.

When presenting these results, CEO Tim Cook explained that he expected the impact to be at least as significant in the following quarter, which covered the holiday season.

"Despite these difficulties, the firm is still expected to achieve a record turnover during the quarter going from October to December, the first of its 2021/22 fiscal year." Tim Cook convinced.

Some 45 years after its founding on the idea of ​​the consumer microcomputer, Apple is a company driven by iPhone sales. Its flagship product, launched in 2007, generated some 191.9 billion dollars in sales during its 2020/21 fiscal year (October to September), by far a record. 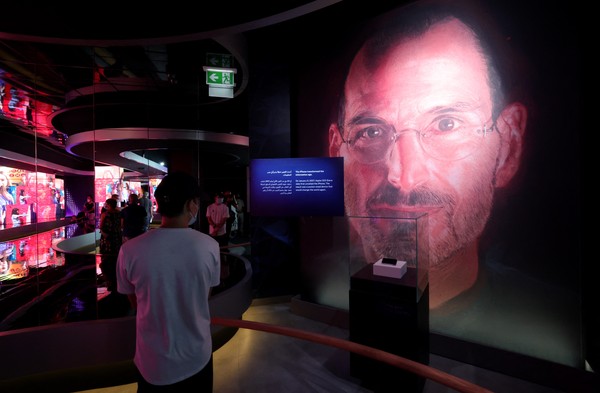 Ten years ago, critics worried about the departure of co-founder Steve Jobs, forced to let go of the reins in early 2011 a few months before his death on October 5 of the same year.

His successor, Tim Cook, did not have, said his detractors, the charisma, the spirit of innovation, entrepreneurship, or the marketing genius of Steve Jobs, capable of inventing Apple, then reinventing it at the end of the years. The 90s.

But this austere-looking engineer quickly won over Wall Street, with his clear strategic directions, his pragmatism, and his decision to develop Apple's content and services offer.

The services business, which ranges from Apple Music to the Apple TV + streaming service, including iCloud data and image storage and the Apple Pay virtual payment terminal, has exploded, to the point of tripling its turnover. last five years.

With $ 68 billion in revenue in 2020/21, this service center represents almost 20% of the group's turnover in Cupertino (California).

This new growth engine, added to the success of the iPhone 13, launched in September and which has just finished two months in a row at the top of smartphone sales in China, should take the value of the Californian giant even further, according to Dan Ives, Wedbush Securities analyst. 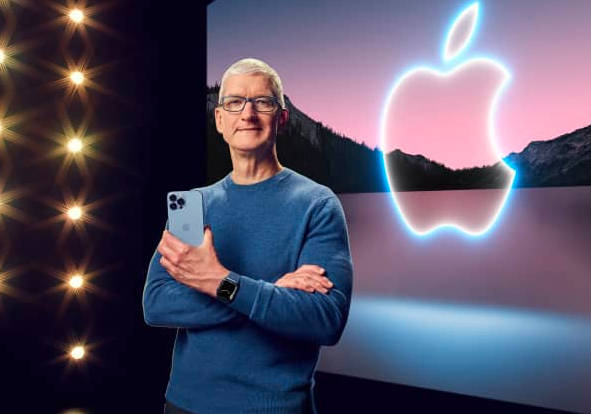 Even the assaults on it in recent years from competitors or regulators, who blame it for its closed and exclusive ecosystem, do not seem to affect the popularity of the title with investors.

The group is, in fact, under the blow of a procedure of the European Union for having "distorted the competition" via its application store App Store, which generally charges 15 to 30% commission to publishers of applications.

In September, a US federal judge banned Apple from forcing publishers to use its payment system for their applications, while ruling that the iPhone maker did not have an illegal monopoly.

The group recently made some concessions, to allow publishers to bypass this payment system, under certain conditions.

← FOUNDER OF START-UP THERANOS CONVICTED OF FRAUD IN CALIFORNIA

China will remove subsidies for electric and hybrid vehicles at the end of the year, authorities said, reassured by firm sales in the sector.