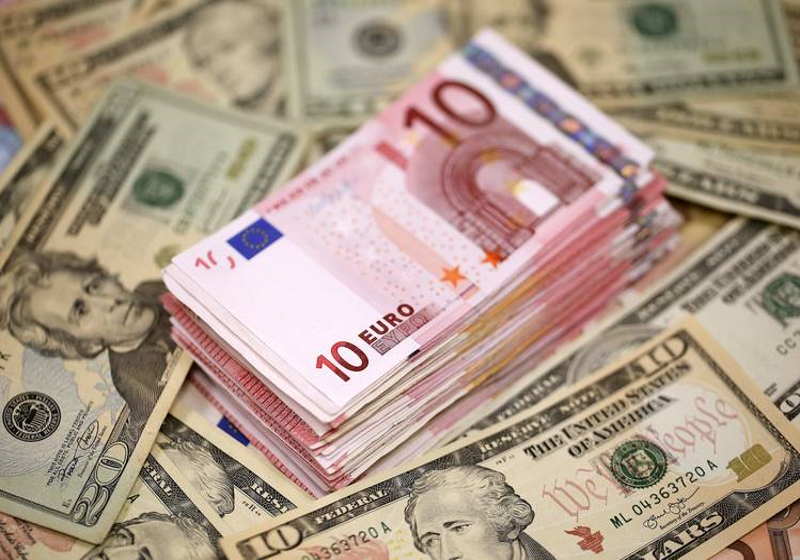 The euro has increased on Tuesday driven by the anticipated GDP and euro-area inflation reports.

The euro-to-US dollar exchange rate went up to 1.1727, following the Monday strengthening. Positive dynamics was recorded in the euro-to-yen rate, which reached 130.74.

The euro-area is expected to post slower GDP growth in Q2, while the core inflation is likely to remain unchanged.

Meanwhile, the US Dollar Index decreased to 94.09.

After the monthly meeting, the Bank of Japan decided to keep record low interest rate. However, the bank slightly revised asset-buying programme, though earlier it had planned more aggressive moves. The monetary changes are coming in line with the new BOJ outlook saying that it will require more time to hit the target 2% inflation.

For now, the market is waiting for the US Federal Reserve reports. According to the forecasts, the regulator can indicate the third revision of the interest rate in 2018 to be made in September.

As for other major currencies, the sterling rebounded against the greenback to 1.3157 but weakened against the euro to 0.8912. The Australian dollar rose to 0.7423 against its American counterpart and New Zealand currency decreased to 0.6818.

US-based Coinbase is said to create a new position – Chief Compliance Officer. The platform also intends to become a regulated broker-dealer in the USA. The company stated that the new position was given to Jeff Horowitz, citing his vast experience of the work in banks and regulatory institutions. This position has been established just after the company started offering custody services to institutional investors.

The cryptocurrency bank run by Mike Novogratz –  Galaxy Digital LP – will reportedly appear on Canada's exchange TSX Venture in August. According to the news reports, the New York-based company will start trading on TSX Venture Exchange in Toronto on August 1 as the separate instrument – GLXY token.