Euro down affected by market concerns 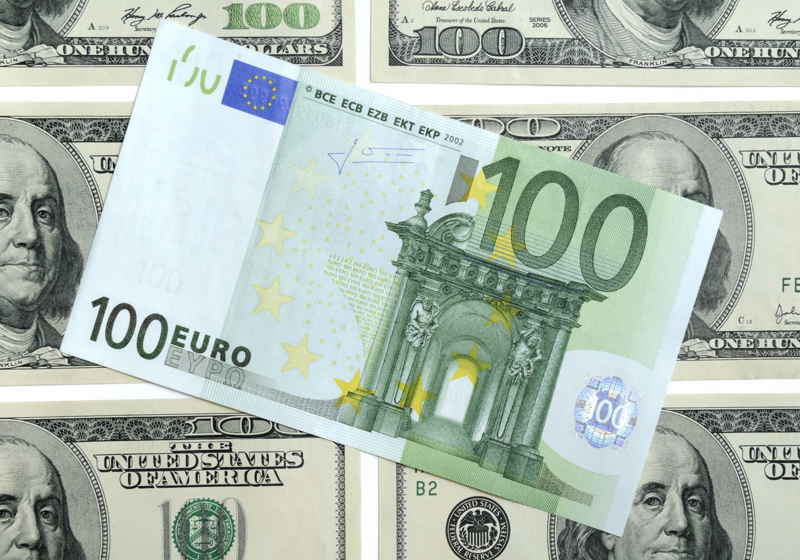 The euro has weakened against the US dollar at the start of the week as the market sentiments are getting worse on the budget conflict between Italy and the EU.
As the data shows, the euro-to-US dollar exchange rate decreased $1.1475, which quite close to the last-week bottom of 1.1463.

At the same time, the US Dollar index improved to 95.57. The greenback rebounded vs the majors on generally positive economic reports.

Last Friday, the US labour market report showed that the number of new jobs in September reduced increase, which is said to be connected with the recent hurricane that hit the USA. Still, it is worth mentioning that the unemployment rate was the lowest almost over a half-century.

Meanwhile, the euro has remained on the downward track fueled by the message of Deputy Prime Minister of Italy Matteo Salvini saying that EU's real enemies – Juan Claude Juncker and Pierre Moscovici.

According to the news reports, the Italy-EU conflict is related to the disagreements on the 3-year Italian budget draft since it crossed the EU requirements regarding the high deficit and heavy debt burden. This weekend Italy noted that would keep following its path. After that loans price soared in Italy entailing concerns about the new budget crisis.

Oasis Labs is said to enter into partnership agreements with leading venture companies and funds to launch a new project that will help technology blockchain startups. The new project called Oasis Startup Hub will be designed to provide assistance to companies that develop privacy-first blockchain platforms. Investments for the project will come from such giants as Accel, a16z crypto, Binance Labs, Pantera Capital and Polychain Capital as well as other companies. With this startup hub, the companies will get an access to innovative technologies before others, while investors will provide their reviews and comments on the development processes. Specifically, the development teams will cooperate directly with Oasis Labs specialists and investors at closed meetings and workshops. Some companies have already been selected for the hub, though the names are yet to be unveiled.

Binance has started this week with the revision of listing rules. The platform has made all listing fee transparent and directed at charity. "Project teams will still propose the number they would like to provide for a “listing fee,” or now more appropriately called a “donation.” Binance will not dictate a number, nor is there a minimum required a listing fee," as the company press release reads.