David Marcus goes before US Senate on Libra hearing 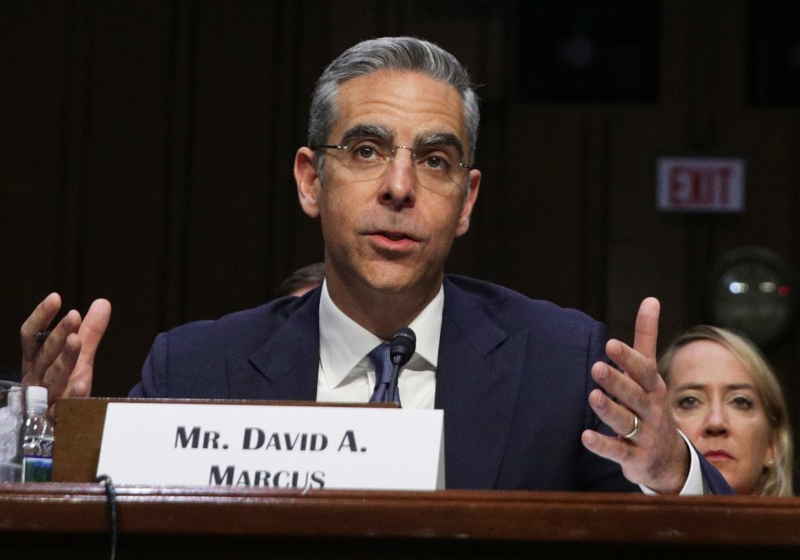 Bitcoin collapsed just after US Senate gathered to discuss the Libra project. The price fell below $10,000 reaching some $9,500, which came in line with market expert's forecasts about short-term downward pressure from the hearings.

Facebook's cryptocurrency project has become a subject of much debate in the world. However, the main point is the general approach of US lawmakers and regulators towards the new category of assets.

David Marcus, head of Facebook's blockchain arm, gave testimony during the hearing of the US Congress Banking Committee. A possible variant of his speech was published earlier, though he failed to be convincing in his statements. Marcus frequently made pauses to think over his answer.

It was mentioned during the hearing that Messenger and Whatsapp would get only Calibra wallet while proposals of similar instruments from other developers would be rejected. He also noted that Libra would support other wallets, so users could easily transfer funds or even abandon Calibra choosing other solutions.

David Marcus stated that the US authorities must head the process of crypto regulation development in the world without a doubt. At the same time, the Libra coin, as he assured, will fully comply with all effective US rules. Moreover, the company will not launch Libra if any doubts remain among the US officials.

It was once again stated that clients and regulators would not have to give credibility on Facebook, as the company is only one of the numerous members of the Libra Association.

However, David Marcus failed to make it clear how Facebook will cope with the previous issues connected with a personal data leak. Moreover, he was vague about the policy of the company which had been believed to be involved in the presidential elections.

One of congressman also asked Marcus about the status of the Libra Association. In particular, a senator was curious why the Association is called non-commercial if it plans to pay dividends to its members. However, he did not received an answer either.

Japan-based cryptocurrency trading platform Bitpoint has posted an update report on its website regarding the recent hack. Hackers reportedly managed to access only hot wallets run by the platform, which means that assets in its cold wallets remain untouched.

The municipality of Richmond Hill, which is located in the Canadian province of Ontario, will allow local companies to pay real estate tax using cryptocurrency.