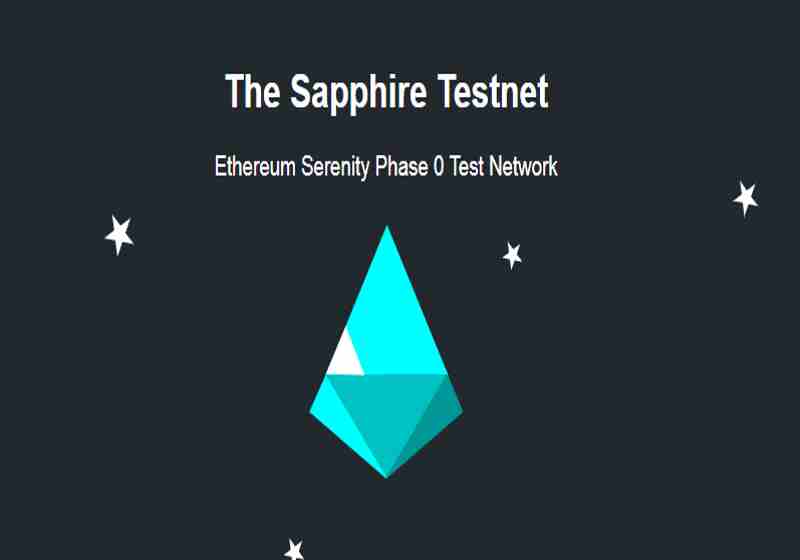 A well-known startup Prysmatic Labs launched a public network called Sapphire for Ethereum 2.0 based on the PoS protocol Casper. Now users can access the stacking of ETH test tokens according to the Casper Proof-of-Stake method, developer Preston Van Loon reported.

Cryptocurrency stacking is an alternative way of mining, which involves storing virtual coins on a wallet connected to a network. So, users can transfer their ETH coins from the Goerli test network to a new network. For their actions, they will be able to receive rewards and fines, as in real conditions.

In the main network of Ethereum 1.0, users such as Parity and Geth are available to users, while in the test version there is only Prysm. A limited number of validators can participate in the network and until smart contracts are available to them. To access this update, users need to install the Prysm client. In this application, create an account and then send coins to the network, namely 3.2 ETH.

Recall that Vitalik Buterin previously reported that for several years he has been developing Ethereum 2.0, the main goal of the new update is to switch to the PoS algorithm. In other words, Proof-Of-Stake. With the transition to Ethereum 2.0, the project network will become faster and safer, while less energy-intensive, and its throughput will exceed 1000 transactions per second.

One of the leading player in the crypto mining segment – Bitmain – reported a reduction of its own mining capacities m-o-m. The company has released a regular monthly report on its official website in which it was indicated 88% decline in mining capacities.