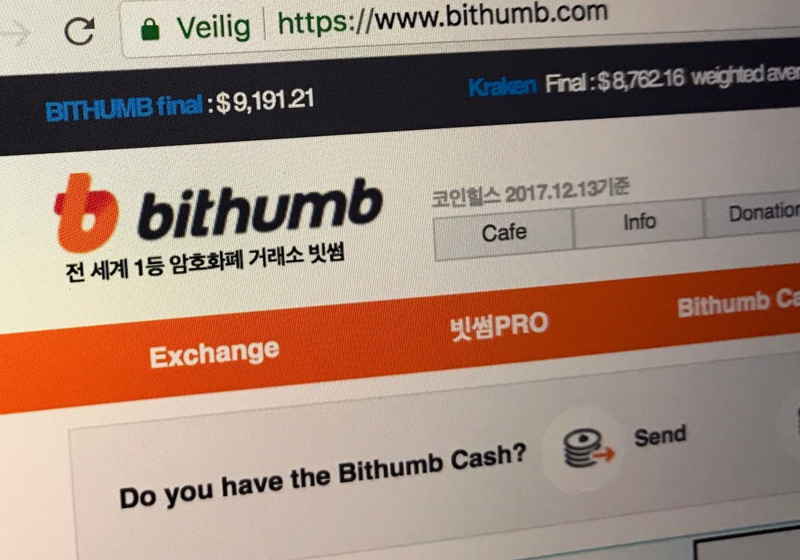 The companies signed the agreement on Thursday, October 11, as Bithumb representative confirmed. Under the contract, BTC Holdings Company (76% interest in Bithumb) sells 50%+1 share in the platform to investment blockchain division of BK Global, BK Global Consortium. As a result, BK Global will become the major shareholder of the South Korean crypto exchange.

For reference, BK Global Consortium is an investment blockchain division of BK Global, the medical holding in plastical surgery sector. Notably, the holding's chairman Kim Byung Gun is among the early investors in the crypto segment. Specifically, he run an ICO consulting business in Singapore.

According to the available data, the contract cost amounts to some $880 million (JPY 1 trillion).

It is worht mentioning that Bithumb released its H1 2018 financial report lately. According to the data, the net income amounted to $35 million and that given the recent $40 million hacks that hit the platform in June.

​Adam White, the former employee of US-based Coinbase platform, rumored to join Bakkt exchange. The Bakkt is the project of Intercontinental Exchange (ICE), New York Stock Exchange operator, announced the new trading platform back in August, while the startup is slated for this November. The first products would be physically delivered Bitcoin futures contracts, with the support of three fiats (US dollar, euro and sterling).

The US dollar has lost grounds against the majors affected by observed sell-offs on the fears of the interest rate increase in the USA. The US Dollar index decreased to 94.84 on Thursday, falling below the overnight bottom of 94.88. The euro showed restrained strengthening against the US dollar since Rome and EU negotiators still cannot come to terms regarding the draft budget for 2019 in Italy. The rate reached 1.1574. The sterling-to-US dollar rate went up to $1.3232. The greenback decreased vs the Japanese yen to 112.25, while earlier it hit the 3-week low at 111.98. Seeing Wall Street collapse, Donald Trump once again attacked US Federal Reserve regarding its monetary policy. Specifically, it is expected that the Central Bank may speed up revision of the rate amid a positive state of country's economy.