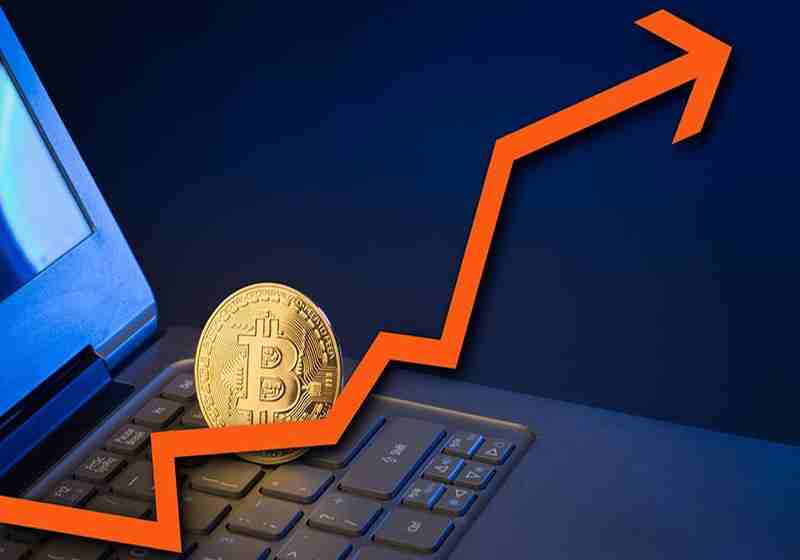 The most recognizable cryptocurrency in the world, on April 23 at 4:00, increased its value, and its price rose to $ 5,650. This is the highest price since November 18, 2018.
Currently, its value has decreased slightly and amounts to $ 5,570. It is also worth adding that the individual market capitalization of Bitcoin reached its highest level since mid-November - $ 96.9 billion. His level of dominance is currently 53.2 percent. Stock exchanges, such as Coinbase, Kraken or Bitstamp, estimated BTC turnover for 24 hours at $ 14.95 billion.

Analysts noted that the RSI cryptocurrency index has moved above the key resistance range of 53.00–55.00, which confirms a long-term bullish reversal. According to experts, the main digital coin could grow to $ 6000 in the coming months.

A possible start of the bullish rally was confirmed by analyst Ayash Jindal. He suggests raising the BTC to price marks of $ 5,800 and $ 6,000.

The cryptocurrency market is currently very favorable. The top 10 cryptocurrencies, according to the market capitalization rating, take profits of more than two percent. The total market capitalization currently stands at $ 184.3 billion. This represents a decline of about 78 percent from its highest level of $ 835 billion, reached on January 7, 2018.

One of the main events of the cryptocurrency market will take place in Singapore this year. The global forum Blockchain Life 2019 Asia will be hosted by Singapore's luxury hotel Marina Bay Sands. It is worth mentioning that among numerous companies the conference will be also attended by international fintech development company headquartered in Ukraine.

Hyundai Motor Group has announced the development of the world's first technology to adjust the performance parameters of the car using a smartphone. Not all Hyundai and Kia drivers can use innovations, but only owners of electric cars.