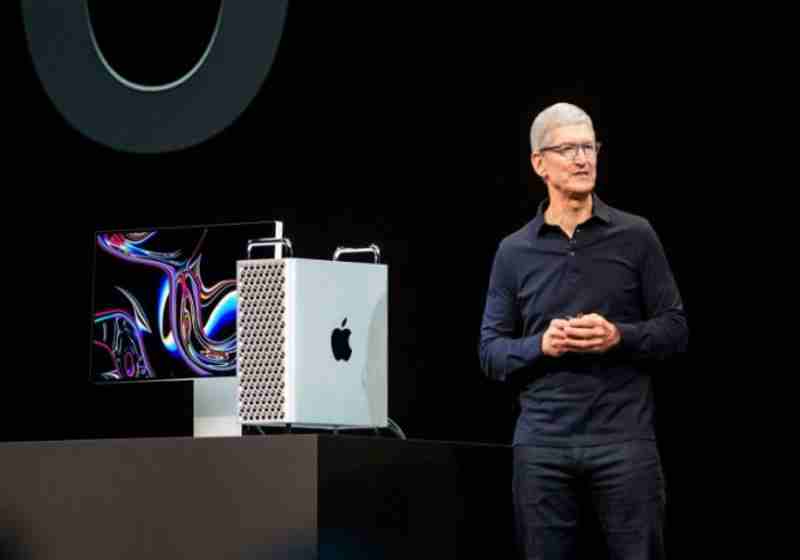 The adoption of cryptocurrencies by technological giants is gaining momentum. On June 5, during the Worldwide Developers Conference (WWDC) events, Apple will officially unveil the CryptoKit package for iOS 13, the appearance of which involves installing full-fledged cryptocurrency wallets on the iPhone. Currently, the package is already available on the CryptoKit official site for the latest operating system.
Against the background of the demonstration of the achievements of Apple developers, who, including the first time in 6 years, presented an updated Mac Pro with a 28 core processor, today, at least a sensational novelty will be announced - CryptoKit for iOS 13. The main objective of the package is the safe and efficient execution of cryptographic operations.

CryptoKit will provide developers with a new software module for using cryptography. This will allow integrating operations such as hashing, key generation, and encryption into iOS applications. In addition, CryptoKit will allow developers to use public key cryptography for creating and evaluating digital signatures and key exchange.

The founder of TrustWallet, Viktor Radchenko, noted that Apple’s latest addition to iOS 13 means that in the future integration of the hardware wallet into the company's devices will become available.

The launch of CryptoKit has coincided with a leak of information that Apple has included the Bitcoin symbol in its icon set. All four Bitcoin characters in the app will be compatible with the Apple San Francisco font.
A new set of icons will allow developers to integrate Bitcoin into their applications. Nevertheless, many users of social networks noticed that among 1000 new icons there were no logos of other cryptocurrencies.

As the price of cryptocurrency rises, the number of fraudulent schemes associated with the fraud of gullible investors increases. Polish cryptocurrency exchange Coinroom ceased operations and disappeared along with the clients' funds. In April of this year, the Coinroom Exchange ceased operations and disappeared overnight with customers' money. Some users claim that their accounts had up to 60,000 zlotys (about $15,790).

The most popular Bitcoin (Bitcoin) in the world of cryptocurrency has fallen sharply. As of the morning of June 4, the bitcoin rate is below $8,000, according to data from trade portals.
Bitcoin can completely depreciate, so for the day Bitcoin depreciated by 7.79% and is trading at $7,900. The remaining cryptocurrencies are also traded in the red.