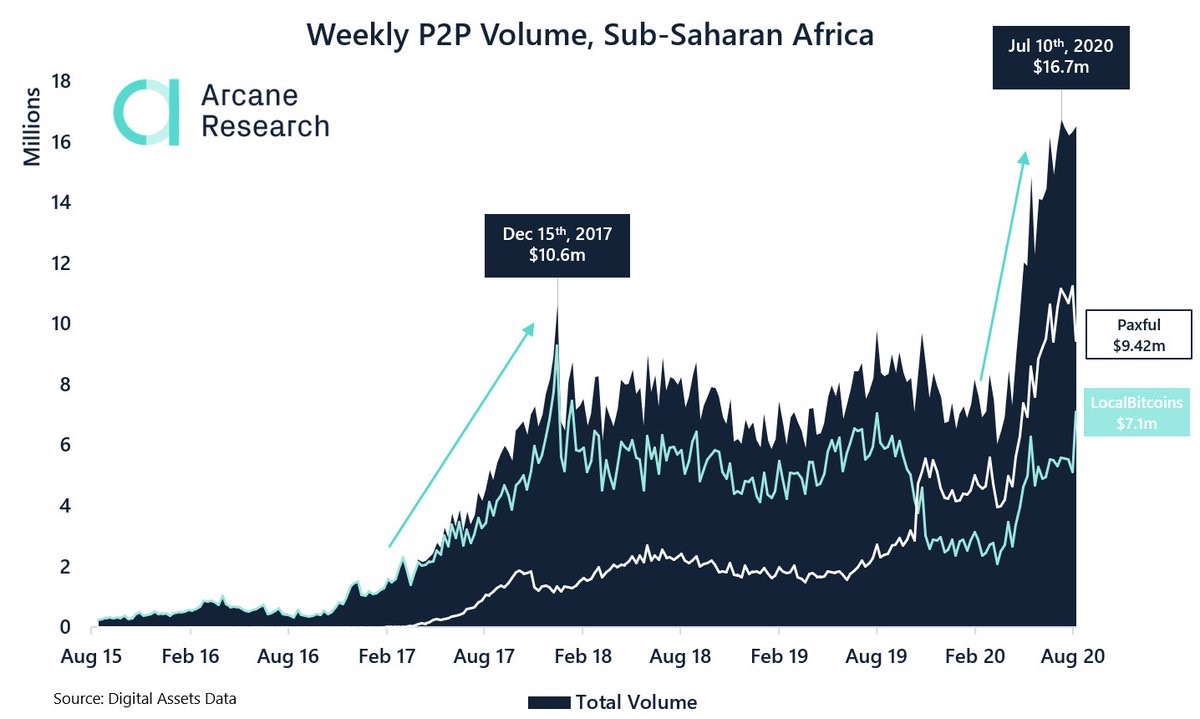 Ghana and Kenya have more than tripled their weekly trading volume since January 2020.

LocalBitcoins began to yield to the main competitor in the region after the introduction of the mandatory KYC procedure , which most of the population of these countries cannot go through.

Recall that Africa surpassed Latin America in terms of trading volume on P2P sites in May this year.

Uganda, Nigeria, South Africa, Kenya and Ghana are included in the TOP-10 countries for “cryptocurrency” requests in Google. Every seventh Internet user in South Africa owns a cryptocurrency - the third highest in the world.

The aggregate volume of Bitcoin transactions on LocalBitcoins and Paxful in the first week of August amounted to a record $ 94.8 million. The African region became the driver of growth.

On the eve of Binance, for the first time disclosed the data of its P2P site - since its launch in October 2019, the trading volume has reached $ 2.5 billion. Unlike competitors, the service also supports BNB, ETH, EOS and BUSD.

← USA CUT HUAWEI OFF FROM TECHNOLOGY

The USA Department of Commerce on Monday imposed restrictions on 38 subsidiaries of the Chinese corporation Huawei regarding access to US technology and software. This is stated in a statement issued by the department.

This will lead to a decrease in world fuel prices