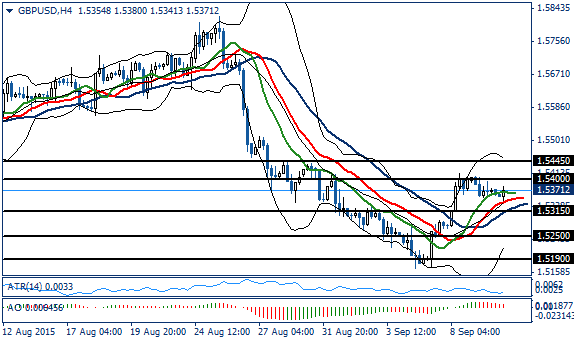 Weak data on industrial production in the United Kingdom have fully confirmed our previous forecast. IP index showed a decrease by 0.4% against the expected growth on 0.1%. Changes in volume of manufacturing production declined by 0.8% against the forecast of + 0.1-0.2%. Visible Trade Balance in the UK also did not meet expectations: -11.1 billion pounds, instead of expected -9.5 billion. Data on the trade balance excluding trade with the EU shown an even larger decline: -3.46 billion pounds against 1.5 billion in June. Data on GDP changing of the NIESR was 0.5% instead of the projected 0.6 in July.

Today the main event of day - the output of a number of news from the UK, such as: Bank of England Interest Rate Decision and Monetary Policy Summary. At 11:00 GMT there will be announced protocols of meeting and the final release of the BoE. According to experts, balance of votes for the rate increase will continue in relation to 1 versus 8. One should not expect changes in the direction of tightening, more likely a continuation of easing policy. Yesterday's weak data on the trade balance and falling pound have confirmed our previous assumptions.

The US dollar continues to strengthen. Over the last week number who applied for unemployment benefits fell from 282k to 279k. As compared to the previous month, import prices can also go down. Investors perceive such news rather calmly, it is associated with confident US dollar exchange rate.

It is impossible to ignore the oil market. Today in Qatar it is expected the most important meeting of Arab oil producers. The main topic for discussion - agreement on common position to retain their shares in the global oil market. At 15:00 GMT US Department of Energy will publish data on which planning an increase by 250 thousands barrels. In the case of falling oil prices, counter-dollar currencies will become under pressure. 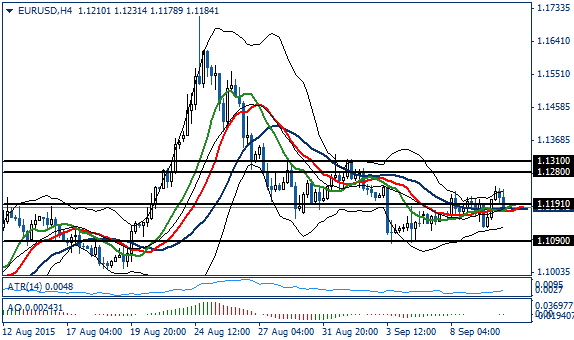 Currency pairs EURUSD and GBPUSD will try to continue their downward motion. Euro will fall to 1.1090, the pound sterling - to 1.5250.