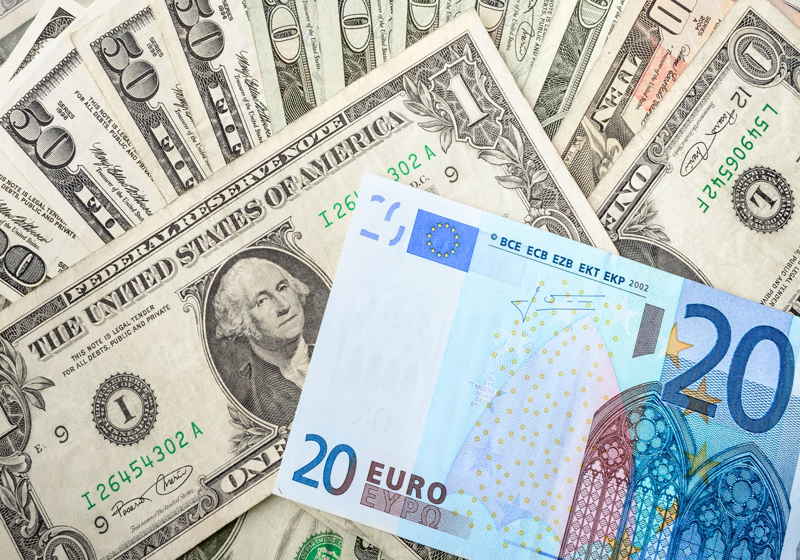 The euro to US dollar exchange rate has touched a 3-month bottom on Thursday and even slightly regained positions afterwards. The rate was recorded at $1.1290. At the same time, the US dollar is getting support from increasing yield of 10Y state bonds and steady inflation reports in the USA.

According to the recent reports, January CPI did not change even despite an anticipated increase of 0.1% m-o-m. At the same time, the core inflation moved up by 0.2% m-o-m in line with the forecasts. At the same time, it should be mentioned that the US dollar shows no response to the announcement that the US state debt hits an all-time high of $22 trillion.

The market became disappointed after the release of the euro-area industrial results unveiled yesterday. The index dropped by 0.9% m-o-m (forecast – 0.4%). The weakening continues fueled by lower output of capital products and slacker investments features.

The second half of the week is full of economic reports. In particular, Germany and the euro-area about to post preliminary GDP results in Q4 2018. Germany is expected to improve the rate by 0.1% q-o-q following the 0.2% downturn recorded in Q3, while the euro-area figures are likely to be at 0.2% q-o-q, which means stable growth since Q3. At the same time, the euro can slacken more in case of below-expectations reports from Germany. Notably, the latter is the euro-area driving force, which means that its weaker positions will depress the rest in the EU.

The USA will release retail sales results for December today. The figures can either improve slightly though may remain weak m-o-m.  The possible insignificant rise may not misinform, as we should remember that December is a sell out period in the USA, which entails good rates. However, it is worth remembering the last autumn when the Americans refused to spend money. As a result, this situation can signal about slacker confidence in the US economy and thus the labour market can become the next to post negative dynamics.