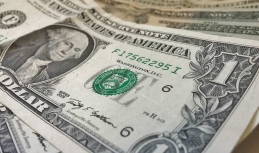 
US dollar returns to upward path

After the recent weakening and selloffs, the US dollar has started recovering positions against the majors in the second half of the week. At the same time, it has received little support from the minutes of the US Fed meeting released lately. It seems that the key driver is so-called sellers' fatigue, as they somewhat calmed down after the profit taking amid the falling US Dollar Index driven by Donald Trump’s negative statements. 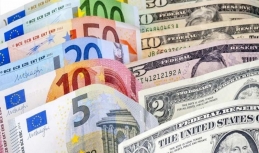 
Euro decreases against US dollar on Thursday

In the second half of the week, the euro-to-US dollar exchange rate has trimmed gains following the previous long-lasting strengthening. The rate was recorded at $1.1570. The greenback is believed to benefit from the minutes of the previous US Fed meeting that has been released lately. Specifically, as the report reads, the Central Bank of the USA seems to... 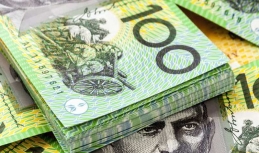 The Australian dollar has trimmed gains vs the US dollar in the middle of the week after the previously observed upturn. For now, the exchange rate stands at $0.7353. It has been reported today that Australia recorded stable leading indicator index in July, which remained unchanged after the June increase of 0.1%. The Westpac estimates that the rate is now slightly below the trend. 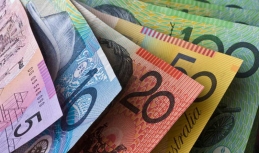 The Australian dollar has kept rising vs its American counterpart on Tuesday. For now, the rate stands at $0.7361. At the same time, the Australian currency is getting support from the greenback's weakening driven by Trump's negative statement towards the US Federal Reserve performance. 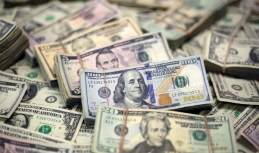 The global markets keep improving on anticipated US-China trade talks. Last Friday, insiders expressed increasing optimism, which persists on Monday affecting the US dollar positions as the protective asset. Still, this has a restrained pressure on the greenback, as investors doubt that the trade issues will be settled in the near term... 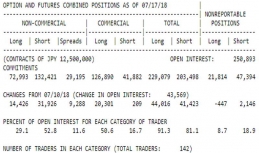 The Commodity Futures Trading Commission (CFTC) released the Commitments of Traders (COT) for the week ending last Tuesday. Non-commercial traders cut net short position on yen contracts 4,700 to 63,100. Large speculators have been reducing net positions for the third week in a row. Net short positions have become the lowest since mid-July. 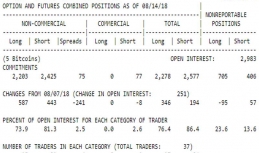 The Commodity Futures Trading Commission (CFTC) released the Commitments of Traders (COT) for the week ending last Tuesday. Non-commercial traders reduced net short position on bitcoin contracts by 140 to 220. Large speculators have been cutting net positions for the third week in a row. Net short positions have touched the bottom since early April. 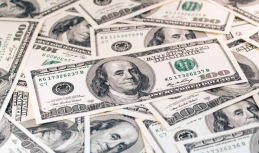 
US dollar backs down at moderate pace

The US dollar is gradually losing grounds, though at quite a moderate pace despite oversold other currencies. This mostly means that investors do not expect dramatic results from the talks between Washington and Beijing to take place in late August. Their position can be related to the fact that the previous talks failed to bring any significant results. 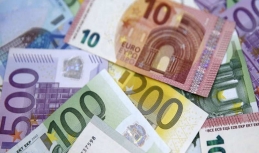 Optimism is coming back to the market for now. Demand for protective assets, including US dollar, has faded away affected by positive macroeconomic changes. In particular, an upturn is driven by the reports about upcoming US-Beijing talks as well as gradual lira recovery on the back of speculations around Qatar's intentions to invest into Turkey $15 billion. 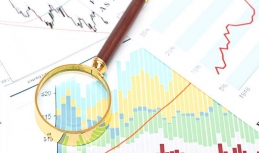 Economic reports in the USA bear the same importance as the US-Turkey relations. It is expected that the July retail sales report will show a 0.4% m-o-m today. Fundamental consumer data keeps improving, with the producers getting support from domestic demand. The markets are generally stable now. Specifically, investors remain careful, and the scenario of... 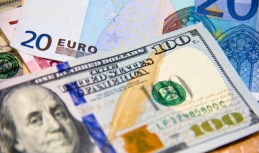 
Euro to US dollar rate likely to remain downward directed

The US dollar bulls keep dominating on the markets, though they somewhat slowed down. Demand for risk aversion is losing pace now. However, the players remain careful about risk assets and choose to avoid emerging segment given the Turkish crisis. 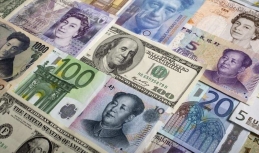 The global markets have hardly changed with the start of the trading period. At best it can be mentioned slower risk-off demand on the intervention of Turkish authorities, as they attempted to restrain the collapse of the lira. However, despite a lack of reports about US-China trade issue and fading away primary effect from the Turkish crisis, the trading platforms remain tense...