EURUSD fell sharply lower in the last few weeks with accelerating price action which confirms a continuation of a downtrend. We see huge possibility for wave (3) in progress that is part of a big five wave move within wave V that began unfolding at the end of September, away from 1.1700. Yesterday's Tuesday turned out to be difficult, the single European currency felt several important factors for yourself. Ifo Business Climate in Germany rose from 108.2 to 109 against the expected 108.3. Then around 8:30 GMT Turkish fighter aircraft in Syria shot down a Russian bomber. 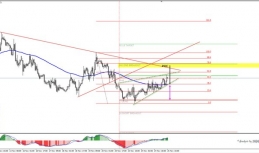 The EURUSD has bounced from 1.0600 support and it is slowly grinding to the upside. A slow grind reflects its bearish trend as it is a fine, gradual retracement rather then a wild ,strong rally. Yesterday was quite positive for the euro. First, Saudi Arabia announced its intention to do business with oil-producing countries for the stabilization of global market and prices. And we mean cooperation not only with the member countries of OPEC. This news allowed the oil to grow by 4%, as a result to close trading with the growth by 1.12%. Many market participants are skeptical that the December meeting will adopt any restrictions. 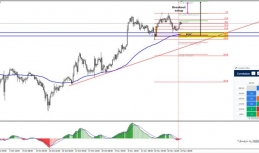 At the trading on Friday speeches of the ECB and the Fed's members set the main tone of the counter-dollar currencies. The ECB President Mario Draghi said in his speech that the ECB is ready to do everything possible to increase inflation. Yesterday at noon by GMT, There was published a report on the ECB's monetary policy meeting, but investors took these news pretty cool. Although at once after the release of news, the euro temporarily decreased, as the Central Bank again raised the issue for consideration of additional easing, including reducing the rates at meeting on December 3rd. 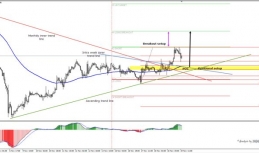 As you could read in my previous GBPUSD analysis the pair has broken through 1.5190 initially then went down to a target zone - 1.5155. The pair has been contained below 1.5250 as presumed but today we have seen a breakout through 1.5250 which is telling us that the pair might be targeting 1.5350. From the contextual point of analysis we have 2 different focal points. Yesterday, investors' attention was focused on the output data from the Fed's FOMC. Data on construction in the United States released mixed: the number of building permits issued rose from 1.105 million to 1.150 million in October, but the number of lays of new foundations has decreased from 1.19 million to 1.06 million - almost at the level of average value of the previous year. 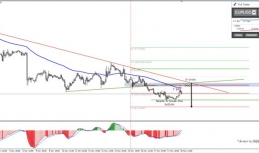 As I have shown in my previous EURUSD analysis and the conversation with FX experts article, the EURUSD has clearly rejected from POCs and proceeded in trend direction. Overall, the first target zone has almost been met - 1.0620 and it happened after the break of 1.0670 as I have suggested. We need to think about 2 potential scenarios. The first is CONTINUATION point of view and the second is POSITIONING. Yesterday's data from Europe and the United Kingdom were only partially justified. The inflation data from the UK released better than expected. The Consumer Price Index released on the expected level of 0.1% m/m, while in annual equivalent remained unchanged at -0.1%. The retail price index was published at 0.0% m/m, but at annual rate fell from 0.8% to 0.7% y/y. House Price Index from the ONS increased from 55.5% to 6.1% y/y. The index of selling prices of producers has increased from -0.1% m/m vs. 0.0% m/m in October. On Monday, we learned data on consumer prices for October, which could released better than expected. The consumer price index rose to 0.1% y/y due to the projected 0.0% y/y. Core CPI rose to 1.1% y/y against 0.0 in previous month and unchanged forecast. Despite the positive, market did not feel any changes, on the contrary there was a slight decline of the euro.