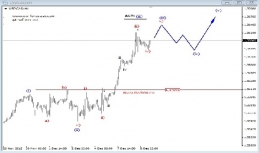 USDCAD is moving nicely up as oil prices falling, so with more weakness in view on WTI we will stay bullish on USDCAD. On the chart below we are currently tracking an extended blue wave (iii) that can be headed to new highs soon, but we think that upside will be limited as new corrective set-back should occur after five waves up. 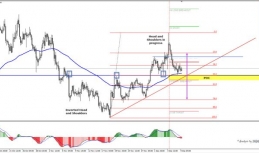 The NZDUSD has broken some bullish order blocks and surged upwards reaching 0.6790 zone. The move was initiated by a technical break of a previous order block just above inverted head and shoulders neckline. Macroeconomic data, released on Tuesday, were not sufficiently confident. Trade balance in France has deteriorated from -3.6 billion euros to -4.6 billion euros. The French state budget increased deficit from EUR -74.5 billion to EUR -76.2 billion. 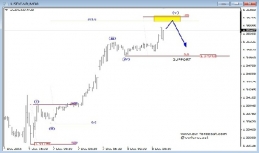 USDCAD is trading nicely to the upside, now already in wave (v) so upside can be limited. We see some important Fibonacci levels around 1.3570 where pair can be looking for a top, but maybe only temporary. Unexpectedly weak data on changes in German Industrial Production (increase of only 0.2%), which were released yesterday, did not give to enter the counter-dollar currencies to a consolidation phase. Yesterday's session was closed by common minus for all competitors of "American." 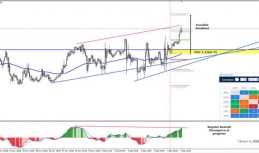 The unemployment in Canada rose to 7.1 % and CAD weakened. On the contrary US NFP results came better than expected and Unemployment rate is steady which is another step towards the rate hike in December. 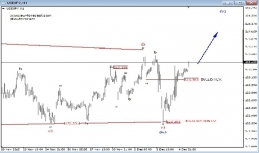 USDJPY found some support on Friday following good NFP figures, so we assume that pair completed wave e) of a triangle in wave (iv). If we are correct, then price should take wave d) highs out very soon which will open door for 124.50-125.00 area this month. On Friday, the good macroeconomic data from the US were able to slow down the growth of the euro and the pound. It is too early to talk about the obvious dollar buying, but the massive closure has already occurred. 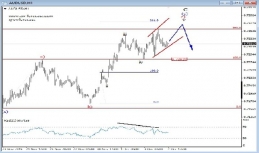 From bullish USD perspective, our favorite pair can be AUDUSD if we consider that upside was limited despite very strong move up on EURUSD. So this tells us that USD is actually not so weak in general; it’s only the EUR that got strong. Let's first try to analyze yesterday's macroeconomic data and then compare it with what happened. PMI index for the services sector in euro zone, as expected, were published worse than predicted values. 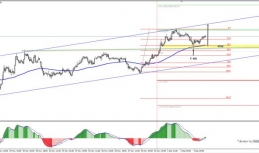 Today we expect a huge volatility as we have ECB decision and press conference scheduled for 13:45 GMT. As I have stated many times regarding USD, there is a strength in USDx and there is a scope for EURUSD to proceed more down. Yesterday's domination of the dollar, which was reinforced by weak data on the euro area, did not leave any chance to counter-dollar currencies. In Britain, the PMI index for the construction sector in November fell from 58.8 to 55.3.