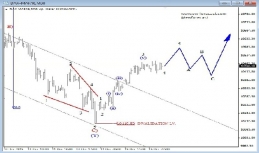 German Dax is in a nice recovery from 10119 level where we think that index might have reached a bottom because of broken channel line. At the same time we see good personality of a bullish impulse that suggests more gains ahead. All yesterday's trading day was spent in anticipation of today's news, counter-USD currencies declined. Traders immediately closed their positions after the release of good data on the UK and the euro zone, such reaction was caused by the reluctance to take risks before tomorrow's Fed decision on rates. GBPUSD is pointing down after decline yesterday to 1.5110 that looks like a first leg of a minimum three wave move down. For now we see only two legs; wave (i)/(a) and (ii)/(b) so more weakness should follow after current bounce to 1.5180 that can be near completion. Yesterday, the news from the United States were absent, the euro was able to use it to strengthen its position due to own positive background. The volume of industrial production in October increased by 0.6% m/m. Also, Mario Draghi yesterday said about the readiness to increase spectrum of the current monetary policy. 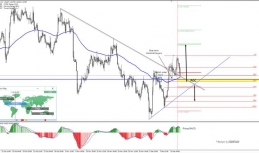 The GBPUSD has made another upside bullish swing and is currently in retracement towards POC.FED's meeting on Wednesday is the most important meeting this week and we might see huge volatility on Wednesday. 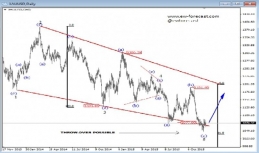 An overlapping decline since 2013 looks like an ending diagonal pattern. That's a very big and important reversal structure which is telling us that bearish trend can be near completion if we consider that metal already made three needed sub-waves down within a black wave 5. Macroeconomic data from the US on Friday were released controversial. Against this background, the counter-dollar currencies were able to capture the advantage - probably the US dollar could fall even further, but it is supported by expectations of the Fed meeting. Total retail sales in November showed an increase by 0.2% m/m, but in annual terms decreased to 1.7%. 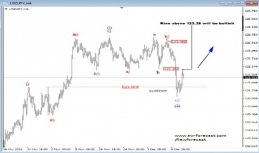 An updated count shows a good interpretation of incomplete bullish cycle if we consider a three wave set-back from November highs. We are looking at wave c) that reached 121.50 swing zone; potential support from where price can turn to the upside. Yesterday's trading in the UK finished with a negative for the pound: at the peak of reducing the pound lost over 70 pips against the US dollar and closed the session with a decrease in 20 pips. 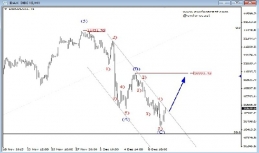 German DAX moved slightly lower in the last 24 hours, more than we expected so decline from 10993 can already be wave (C), final leg of a corrective set-back from 11431. 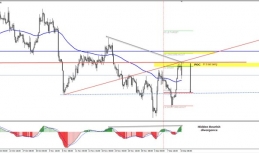 The BOE's MPC voted 8-1 to keep rates unchanged at 0.5 % and there was no surprise for the market. We know that UK policy is determined by UK inflation look, so even fundamentally the pair is still dovish. Yesterday, the trade balance in Germany for November showed growth from 19.2 billion euros to 20.8 billion. This value is large enough for Germany.